Home Celebrity When The King Of Bahrain Fell In Love With The Ligneous Falcon....

“Every block of stone has a statue inside it, and it is the task of the sculptor to discover it.”-Michelangelo

Every block of wood has a statue in it. It just needs a keen pair of eyes to see and an expert pair of hands to feel what or who is ready to appear from underneath the bark before carving the idea must be almost complete. The most important thing seems to be the sculptor’s ability to let his intuition guide him over the gap between conception and realization without compromising the integrity of the original idea. The material has vitality – it resists and makes demands. The words of Henry Ward Beecher describe fully why The King of Bahrain has chosen to keep one of Bill Prickett Master Sculptor’s classics amongst the treasured pieces of his art collection.

“Sculpting to me is about the transformation of a simple material such as clay or wood into something desirable and enduring. I particularly enjoy sculpting with wood for two main reasons; the endless variety of patterns, forms and colours that can be found within it, as well as the challenge associated with carving such a capricious material. Sculpting is a way of taking an element of myself (my desires, interests, and character) and creating a solid, 3-dimensional form which will certainly outlive my brief time on earth. The concept of unique, handmade objects has always appealed to me. In these modern times, it is easy to overlook the time, skill and effort invested in the creation of such pieces.”- told Mr. Prickett to Billionaire Chronicle.

Since 2003, the year Bill decided to dedicate himself full-time to his long-held interest in wood sculpture, his work has been exhibited at galleries internationally including the Mall Galleries, London. His work has sold at Christie’s and Sotheby’s and it is held in private collections worldwide, including that of the King of Bahrain.

Bill has won several international awards including the David Shepherd Wildlife Artist of the Year award for Sculpture, and the Art Prize at the Festival of Falconry held in Abu Dhabi for one of his highly detailed, Bird of Prey Bronzes.

Bill is very passionate about wildlife, and the welfare of animals. He is also Member of The Society of Wild Life Artists. During the early years of his career, he travelled all over the world and worked with dolphins, killer whales and birds of prey, and participated in expeditions researching wildlife in Australia, Congo, Borneo, and Hawaii.” I cannot overstress how important travelling has been, and still is to me and my art. During my very early travels in Hawaii, where there is a strong tradition of wood sculpture, I learnt a lot by talking to local sculptors who were extremely generous with their tips on technique and material choice. The very first pieces I produced were carved while exploring new countries with the all-important new species to inspire my work. I discovered that with very few carving tools, which were easily carried, and a piece of local timber, I could carve sculpture and sell it to fund my onward travels. My very first gallery exhibition where I sold my sculptures, was in Australia.”- Mr. Prickett.

He continues to develop skill sets and to travel the world to collect more inspiration and connect with wildlife more profoundly in Costa Rica, the Azores, and Southern Africa. Bill lives in South East England.

The bird of prey sculptures, such as “Taking Flight 2” are at the high end of the complexity scale – they are Intricately detailed (down to the barbs on the feathers and stitching on the gauntlet). When working in wood, mistakes are irreversible, and each stroke of the blade has to be carefully considered and thought out before precise and accurate execution.  This process, which borders on the meditative in its final stages, means that each piece takes many months to complete.  The final results are magnificent and precise carvings, which due to the excellent, crisp detail, transfer into limited edition bronze or silver castings particularly well.  Creating a bronze or silver casting is a complex and ancient art in its own right, and each piece will take several months to produce.

The “Octable” is hand carved from Birch plywood with internal steel reinforcement. The table top is made from low iron, toughened glass. Three of the tentacles extend slightly over the glass top to hold it in place. These tentacle tips are detachable to remove the glass top for shipping.

A long time ago, when I worked with dolphins, I also cared for a resident curled octopus. It was fascinating. I would spend hours watching this amazing cephalopod stalking and attacking crabs. Ever since then, the idea has been forming in my mind to produce this octopus table (octable), and although it has taken me some time to design and carve, I am delighted with the way that it has turned out.

The sculpture of “Silverback” makes a feature of the natural, weathered nature of a fallen tree that has been exposed to the British elements for many years. These features include the beautiful “silver” sun bleached outer layer of sapwood (that inspired the piece in the first place). The wood is untouched, as has the gnarly splits and fissures which add power to the finished sculpture.

Ever since spending time in Congo, nearly 30 years ago, and getting very close to the lowland gorillas that live there, I have wanted to carve this gorilla bust; I’ve just been waiting for the right piece of wood to present itself to me.

Long after leaving Congo, one of the large oak trees growing near to my studio in Kent, was struck by lightning, split in half and fell. There it has rested, being exposed to the full spectrum of the British weather for some six or seven years, until early in 2018. It was then that I noticed that the surface of the oak after the bark had fallen away and bleached to a beautiful silver colour. That and the contours of one particular area of the trunk was all the inspiration I needed to design and carve “Silverback.”

Hand carved from sweet chestnut burr and merging with a Nabresina limestone base.

Sweet chestnut burr is one of my favourite types of wood. The swirling nature of the grain delivers endlessly beautiful and intricate patterns that are as unique as a fingerprint. The artistic quality of this material complements the flowing lines created by one of my favourite subject species, the octopus. Hand carved from a single piece of this unique timber so that it hugs its stone block so tightly, “Octopus 2” indeed is one of a kind.

I have carved several horse busts in the past, but shortly after completing a recent commission of a sizeable rampant stallion in oak, I was invited to attend an art exhibition in Bahrain along with some examples of my work. As I had already been studying a lot of horse reference, and horses were fresh in my mind, I decided to take along a “work in progress” piece to act as a catalyst for conversation amongst the knowledgeable visitors to the exhibition. The Arabian horse has firm roots in the Middle East and plays an essential part in the cultural history, so it was an ideal opportunity to get some expert pointers for my Arabian Stallion bust.

This abstract sail form, hand carved from birch plywood, shows how beautiful plywood sculptures can be. “Collapsing Spinnaker” forms part of my collection of stylised marine sculpture which is based on the experiences from past sailing trips.  Beautiful shapes created by the sails in the wind inspired me. Plywood works well for these sculptures as the grain effect produced by the many layers of the woodworks in harmony with the flowing lines of these designs. 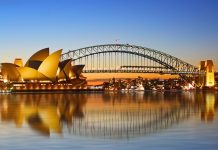 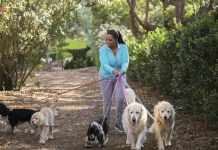 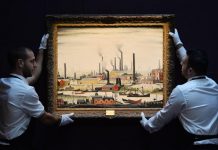