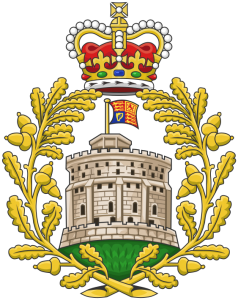 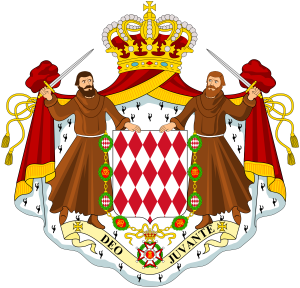 In this edition of The Billionaire Chronicle, I wish to explore two very similar aristocrats and their personalities. Prince Harry, now the Duke of Sussex and youngest son of Prince Charles and the late Princess Diana following his recent wedding to an American actress Meghan Markle in May 2018. Also, Prince Albert II of Monaco, son of the much loved and adored, the late Prince Rainier III and his American actress wife, Grace Kelly. When we consider the very many Royal families around the world, none is worthier of attention and intrigue than those of Prince Harry and Prince Albert II. Their adventures in their younger days were akin to those of many public schoolboys from the wealthy aristocracy. However, both young Princes were born into two distinct families with very wealthy parents both in England and in the Principality of Monaco.

Prince Harry was a child full of fun with a vibrant personality always keen for attention and the life and soul of the party. Harry’s self-perception is one whereby he believes in merely being Harry. Take me or leave me is his megaphone call card. Prince Harry’s personality structure shows natural leadership skills, not apparent in his childhood and early years development, the irony of his mischievous nature. His has an extraordinary drive like Prince Albert, and self-determination to achieve and has inner strength reflected in his high level of self-efficacy and self-belief. Harry’s extroversion trait in his Eton days shows a young Prince who talks a lot, thinks later, one who now has a plethora of admirers and a vibrant social network on social media. He has matured a lot from his Eton schooldays, and the underlying motives and desires are seen in his openness friendliness and massive empathy with others less fortunate in society.

Harry is a decision maker, one who objectively evaluates most if not all situations, and makes a firm decision. This demeanour is seen in his army days and also in the Air Cadets, he learned the art of how to make decisions and stick with them. In this, I include his selection of a lifelong partner and future wife in his film star girlfriend, Meghan. A wise choice of much I will discuss later. 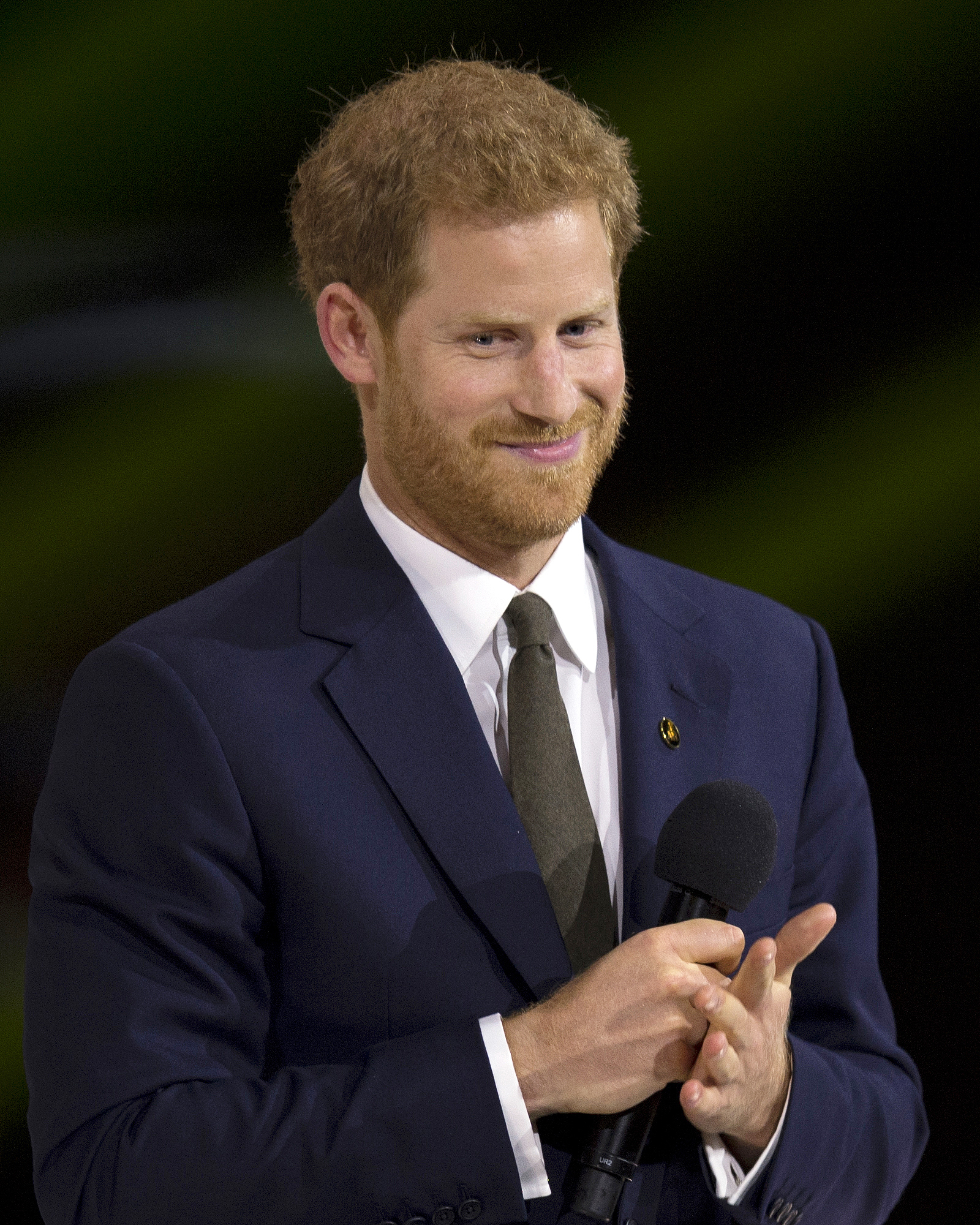 In his personality are many areas of significance, for example, the emotional intelligence he has crafted and utilized sensibly, to separate his identity from the restraining attitude of his advisers and security staff. Harry is one who feels he has to be in command of important decisions and functions at all times especially following his logic and ensuring his basic human desires and motives are met and satiated. Prince Harry and his Royal counterpart in Monaco, Prince Albert, like most extroverts always steal the

limelight and detests the paparazzi with whom he has had difficulties in the past. One who is very self-aware, Harry enjoys the attention he found missing after his young mothers passing, a time when the emotional bonds would be maturing psychologically, a time for attachment bonding between mother and child. To compensate for this Harry was able to seek and gain the attention in worldwide publicity of his love and concern for others especially following in Diana’s footsteps. 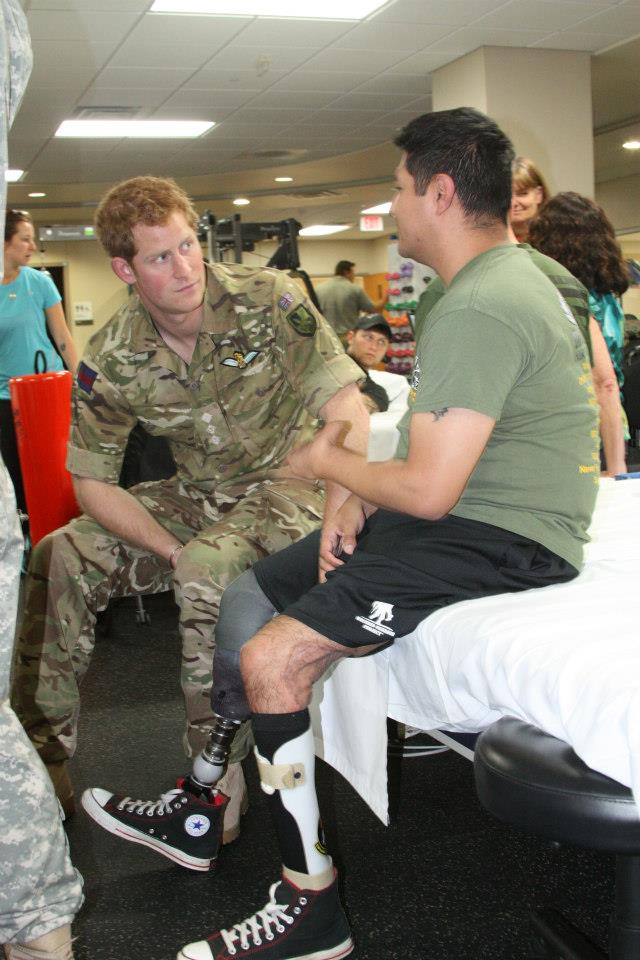 When Harry decided to join the army, not being academic at all during his Eton days, the rigidity and discipline he had to adhere to put a significant restraint on his social behaviour and the tendency for tomfoolery. Conformity and obedience were the order of the day, but his obsessive love of life and charismatic nature meant that he could get away with playing the fool. The extroversion trait. Facilitated his excesses and his easy-going, approachable and empathic nature endeared him to the hearts of the nation. The public knew how he had possibly felt after losing his mother and so his way of coping with this was to demonstrate his late mother’ personality. Here we see a very accurate reflection of the late Princess of Wales, her charm, genuine care for others, her charisma and human motives for fun and light-heartedness, an infusion of love and warmth not typically seen in the Royal corridors and frowned upon if it were to be seen.

Harry verges on the nature side of the nature-nurture debate having inherited his late mum’s personality traits to a more significant extent, not so much influenced by nurture and that I believe has come from his father but to a significantly lesser degree. Genetics versus nature and for Prince Harry nature continually wins the day. The extroversion traits are associated with Harry’s impulsive nature and sometimes risqué behaviour in the past. Nothing to be abhorred but very much part of a late adolescent’s identity formation, where he was genuinely searching to establish his legal identity as Harry, in contrast to being Prince Harry. What a phenomenally demanding task for any individual to comprehend as part of growing up. However, Harry has accomplished these arduous tasks admirably.

Harry had many friends’ who with him were celebrating Sir Richard Branson’s son’s 27th birthday party on the Caribbean island of Neckar. There was much alcohol as expected, Harry’s then-girlfriend Cressida Bonas was with them as her half-sister was engaged to Sam Branson. Following on from this, some of the males without the females, moved on to Vegas and in Vegas Harry invited a group of intoxicated girls to his Vegas hotel suite where they indulged in a variety of games which involved removing clothing every time they failed to pot a billiard ball. Psychologically this was untoward for a member of the British Monarchy, high risk socializing which could have had disastrous outcomes as he did not know any of them nor their backgrounds. It’s what I call the enigmatic Prince, full of fun but also a young Army Officer with impeccable manners and high intelligence. The sheer dominance of his personality traits meant that at times he was showing a happy side to his nature unaware of the number of photographs that were taken, and the implications of their transmission

worldwide. Because of his gentleman nature in the presence of his social peers, Harry’s caring side meant that he was not motivated to expose the females to a boys’ hangout party in Vegas. 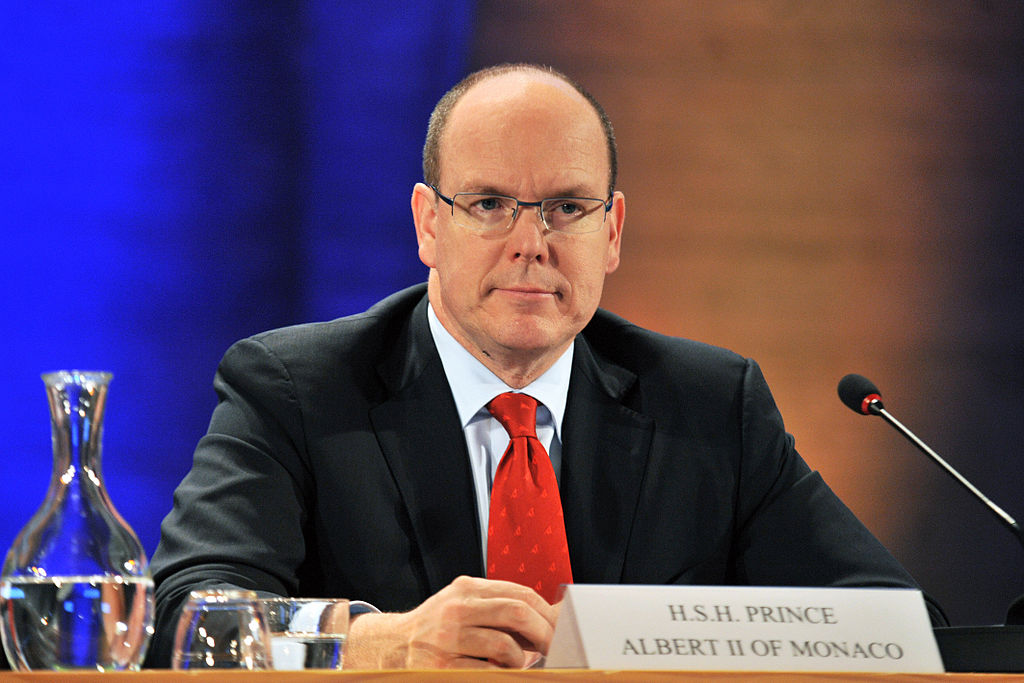 Prince Albert II was born in Monaco on March 14, 1958, in the Royal family of Prince Rainier III and his wife, Grace Kelly, an American actress and movie star. He has two sisters: Princess Caroline and Princess Stephanie. He attended the prestigious Lycee Albert Premier high school, in Monaco, and graduated in 1976. In 1977, he went to Amherst College, Massachusetts for his higher education.

The reigning monarch of the principality of Monaco, Prince Albert II, is the 32nd in line of the rulers of this sovereign microstate. The only male heir to the throne, he ascended it in 2005 upon the death of his father, Prince Rainier III. whose social and political influence shaped Albert’s identity, He belongs to the House of Grimaldi which has wielded power in this constitutional monarchy since 1297, with a few short periods of interruption. Bordered on three sides by France and on one position by the Mediterranean Sea, the Prince has strong social economic and political power in this second smallest country in the world, which is nonetheless a significant banking centre with a diversified economy and home to some of the world’s richest and most celebrated people. The Prince has a commanding presence in this principality and is active in his role as a ruler. An avid sports enthusiast, Albert II, participated five times in the Winter Olympics as part of his country’s bobsleigh team. A lover of cars and aircraft, he is a collector of both of them. He supports environmental protection and sustainable resource development — a cause he is committed to, both personally and in keeping with his family’s long tradition 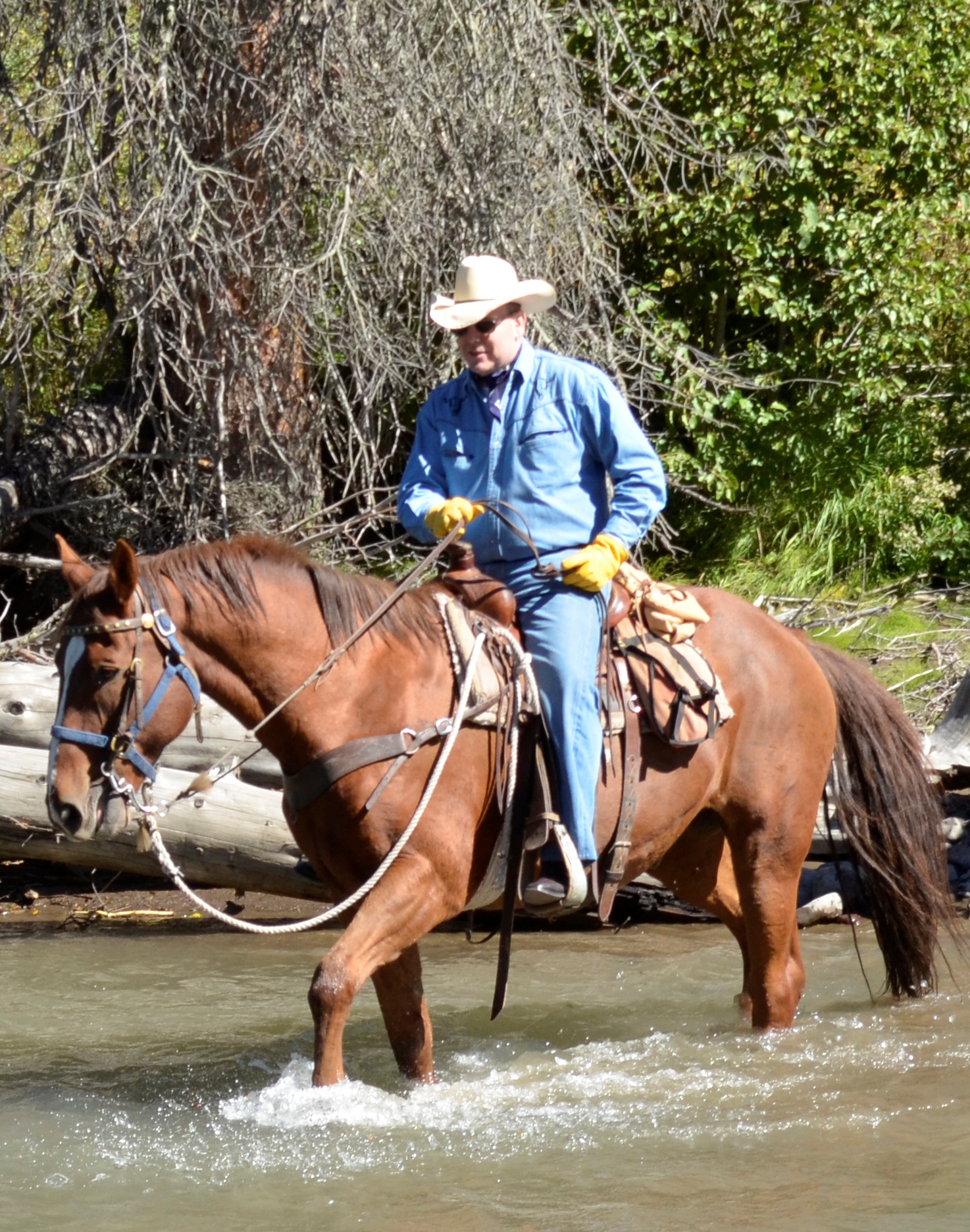 The personality profile of Prince Albert II would indicate that he shares some specific traits with Prince Harry, notably extroversion and healthy narcissism although Prince Harry tends to show more modesty at times. Prince Albert II had led a very colourful life before his marriage to Princess Charlene whom many times over demonstrated her dominance and emotional resilience few days before their wedding once Albert informed her of the past relationships and children he had fathered. A man of great courage, Prince Albert II exhibits similar personality traits to Prince Harry, in particular on the sports field. Both highly accomplished sportsmen and aristocrats, they are driven by two individual motives, one based in conformity to the aristocracy and the other to be the risqué princes of the past. Also, why not, one might ask? They were both youngish aristocrats but men whose lives were obsessively restrained by the trappings of merely being Royal. 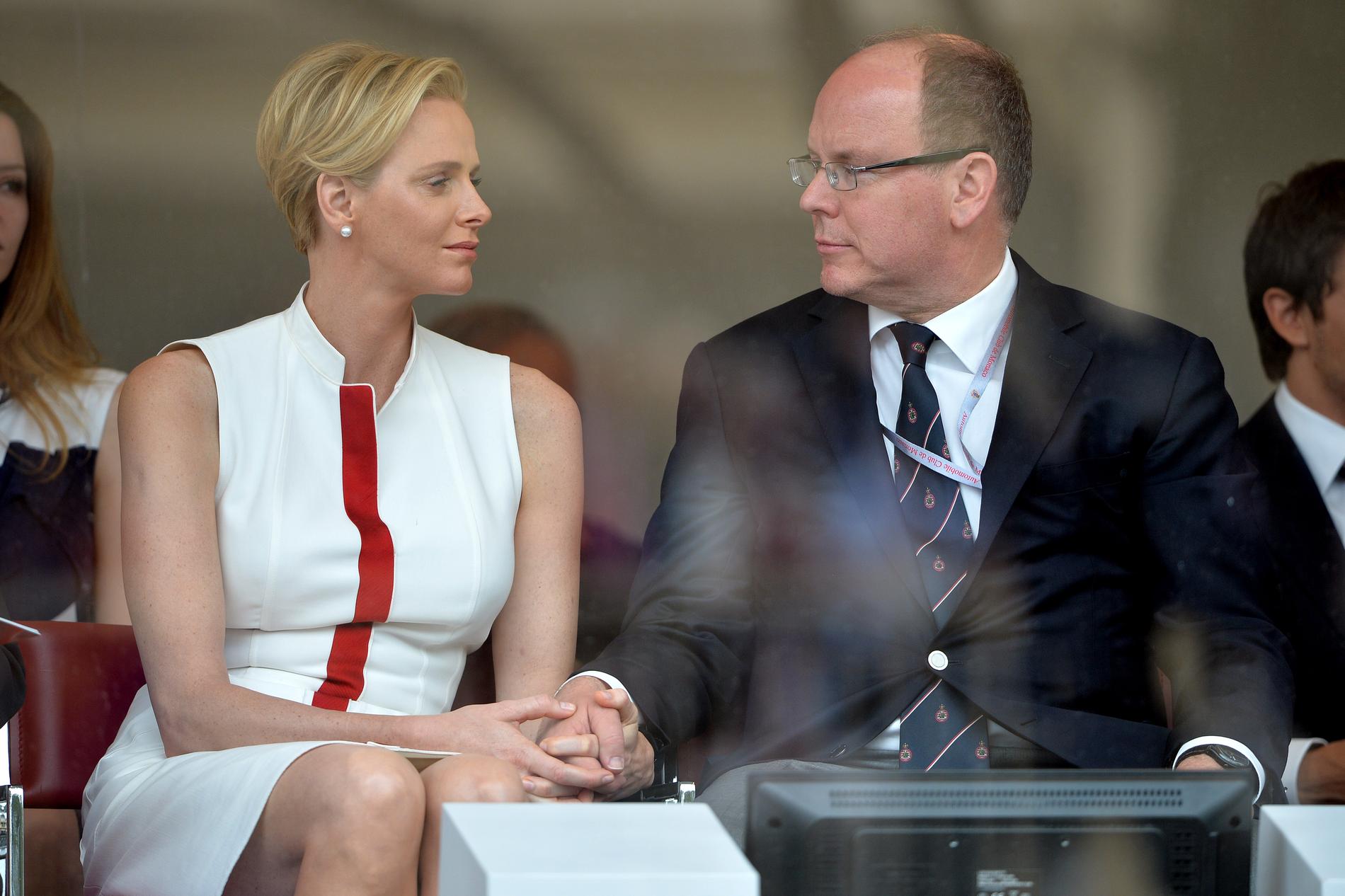 Prince Albert’s wealth is estimated at over one billion pounds, and with much land and property in his empire. However, like many of the world’s royalty, he exudes charm and has both charisma and power at his fingertips that could have attracted many of the world’s famous female celebrities into his arms. Like Harry, he has been influenced by his late mother Princess Grace whose natural beauty, love of film and theatre would have socially changed Albert, with his love of profoundly attractive women.

Personality preferences and temperament are the basis of who we are and determine much of our behaviour, genetics aside. Both Princes had a vast enigma to be solved in whom they would choose to continue the royal lineage with suitable women who could produce an appropriate heir to the throne and principality. Both succeeded in Prince Albert II meeting Princess Charlene and Harry meeting Meghan Markle the American film actress, both at sports events.

The Celebrity Doctor Arthur Cassidy is an ex-university academic psychologist and leading authority on celebrity personalities and mental health in the UK, Europe and the United States of America. He is an expert on the character of the British Royal family in particular and has appeared in many high profile Tv shows in the UK namely ITV’s Celebrity Big Brothers Big Brain, ITV’s This Morning, Good Morning Britain, I’m A Celebrity, Get Me Out of Here Now, and Sky Atlantic’s The Devils Dinner Party. Arthur regularly brings psychological insights into breaking news items from around the world on SKY News BBC and ITV. Arthur is continuously sought after by American and British Tv directors and producers as an individual contributor to factual documentaries, and he is also a member of the team of experts in London’s Mogul Matchmakers Premium Bespoke Dating Agency in Covent Garden where he deals with visiting American and UK VIP’s and celebrities.

Japanese IoT Technology At Its Best. Aging Population of Japan Is... 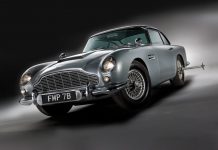 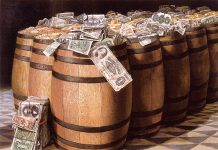 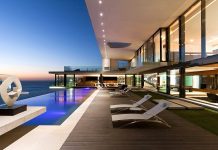 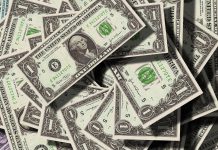