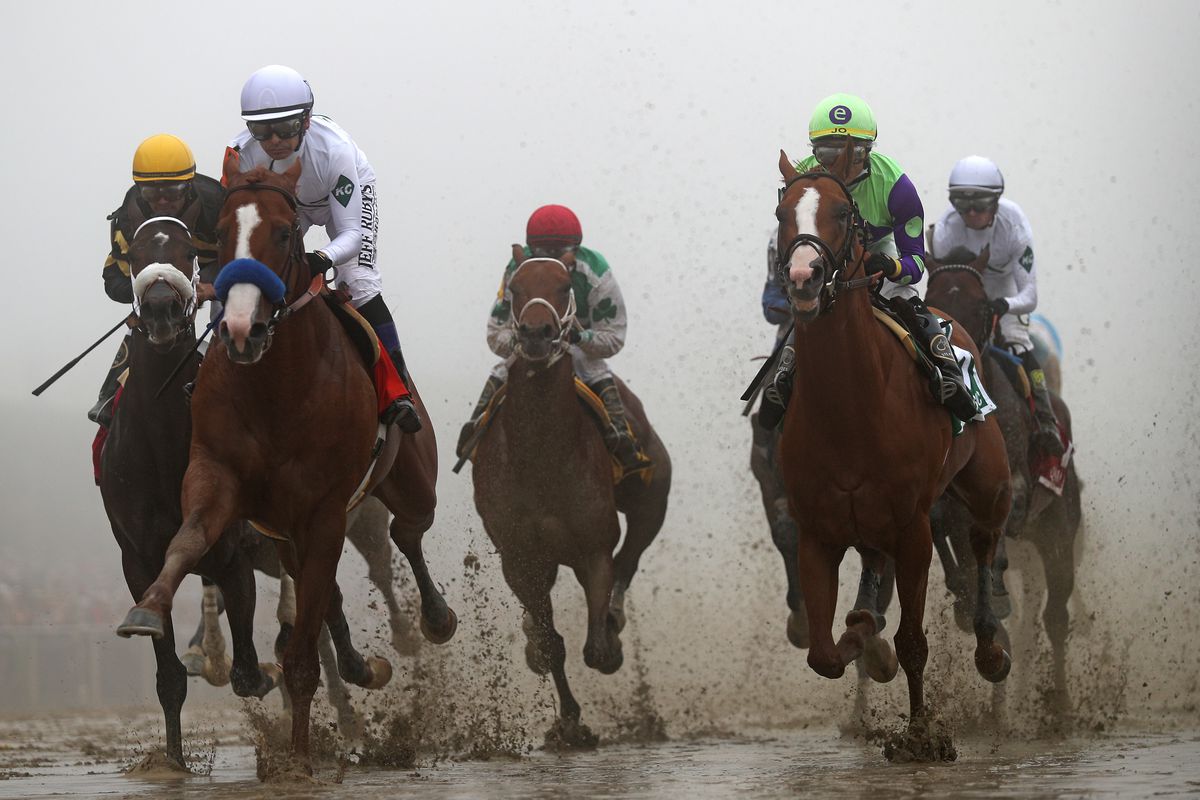 DON’T MISS THE RUSH OF THE RACE 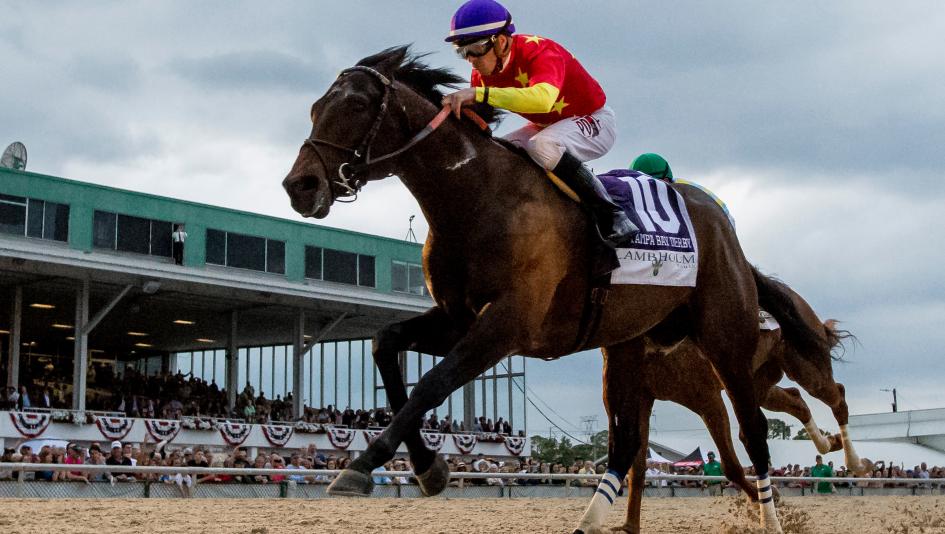 No joke – they passed the Kentucky Derby for the Preakness because it’s the Triple Crown race that “fits him the best,” according to trainer Rodolphe Brisset, a former exercise rider and then assistant to Hall of Fame trainer Bill Mott. Quip won the Tampa Bay Derby in March and, last time out, was second in the Arkansas Derby. He likes to run close to the front. 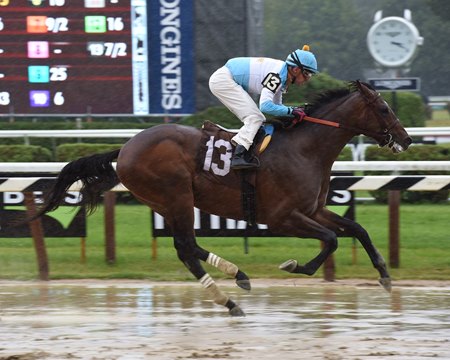 Entered the Kentucky Derby as one of the most experienced runners with eight previous starts, broke from Post 8 and finished eighth in the field of 20. He finished third in the Breeders’ Futurity as a 2-year-old and second in the Louisiana Derby in his final Derby prep. G M B is headed by philanthropist Gayle Benson, the widow of New Orleans Saints and New Orleans Pelicans owner Tom Benson, who died March 15 at age 90. 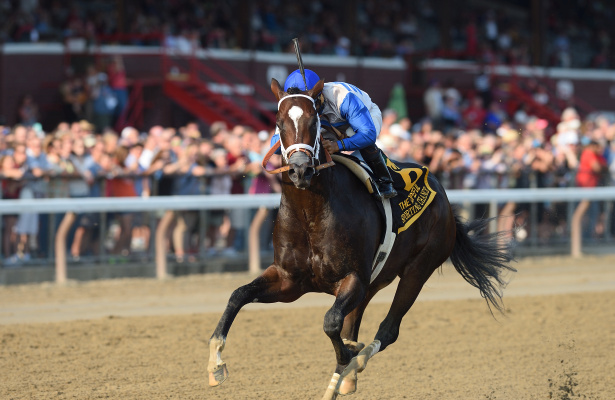 Purchased for $575,000 as a yearling, Sporting Chance comes into the Preakness off a fourth-place finish at Churchill Downs in the Pat Day Mile on Kentucky Derby Day. He won the Grade 1 Hopeful Stakes at Saratoga as a 2-year-old for Hall of Fame trainer D. Wayne Lukas. His sire Tiznow was Horse of the Year in 2000 and his dam was stakes-placed for trainer Bob Baffert. He has the a….sporting chance.

And this is what happened in May 2018

In the lead-up to the Preakness, all eyes were on Justify, who won the Kentucky Derby earlier in May and set in motion a bid for the Triple Crown. American Pharoah was the last horse to win a Triple Crown-winning all of the Derby, the Preakness and finally, the Belmont Stakes — doing so in 2015, the first horse to do so since Affirmed in 1978. 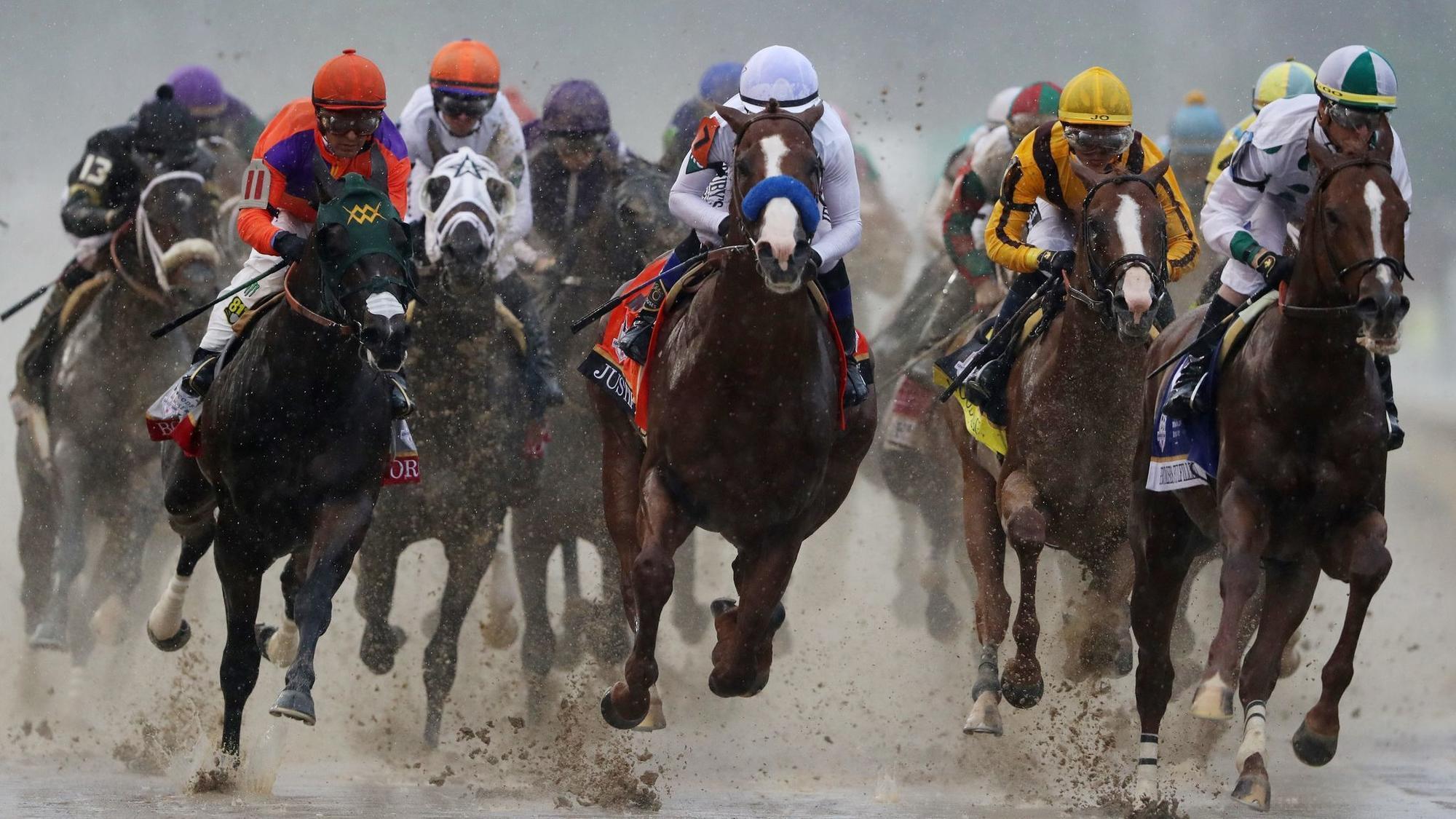 Justify has won the 2018 Preakness Stakes, a fierce battle in muggy weather that primarily saw the horse battling with Good Magic all the way down the stretch to the finish line. It was incredibly close and exciting, and now Justify has a chance at a Triple Crown win with the Belmont Stakes coming up.

Justify managed to make history even before the Preakness was discussed, as the horse broke “Apollo’s Curse” by becoming the first horse to win the Derby while not having been raced as a two-year-old — last done by Apollo in 1882.

Below, you can see the full finishing order for the 143rd running of the Preakness Stakes 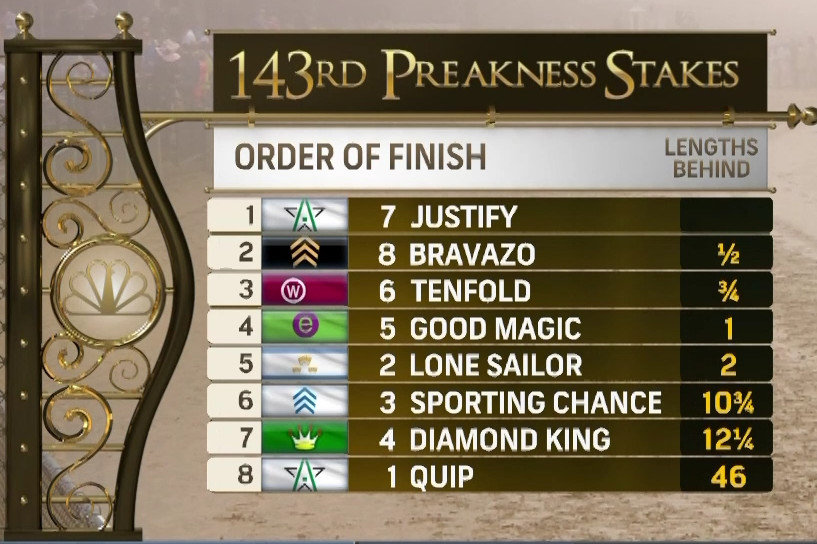