Home Celebrity The Soaring Falcon Returns to Its Master’s Wrist

The Falcon – National symbol of the UAE

Falcons have played a crucial part in the traditional culture of the United Arab Emirates. Falconry in Arabia goes back more than 2,000 years, and of course, the Peregrine Falcon is a symbol of the Bedouin culture of UAE. The government has also called on Unesco to grant the sports world heritage status to preserve it.

Falconry is a popular sport in the UAE and enjoyed by the highest-ranking members of society as well as ordinary citizens. It is usually practiced in desert and semi-deserts around the region. Both HH Sheikh Mohammed bin Rashid Al Maktoum, Vice President and Prime Minister of the UAE and Ruler of Dubai, and his son HH Sheikh Hamdan bin Rashid Al Maktoum, Crown Prince of Dubai share passion for the birds and their welfare.

The falcon was traditionally used for hunting, and it was a source of survival in the desert. The falcon is also a bird that is sometimes used to find water in areas where water was very scarce. In the old days before the invention of guns and when guns were not powerful enough to reach prey, the falcon was like nothing else with its amazing ability to see great distances. In the old days, the falcon was caught, trained, used for the season and set free again as they are migratory birds. It would come back to its owner in the next season.

In the last 20 years, times have changed, and hunting is no longer possible in the UAE. Rapid urbanization has swallowed up the desert habitat and altered the entire ecosystem of the plains through which falcons and their primary prey, the North African houbara bustard, would pass on their seasonal migration routes to Central and South Asia. The indigenous houbara population has been depleted, and it is now illegal to hunt wild birds in the emirates.

The late Sheikh Zayed bin Sultan Al Nahyan, who was an avid conservationist, imparted that the sport of falconry teaches patience and strength. During August, thousands of falcons in the UAE undergo up to three to five months of training to prepare them for racing and hunting season. Training typically takes place from October to February.

“Falcons are very special to us from very early days”- said Khalifa Bin Mejren, Falconer. “We used them to hunt and surviving in the desert. Owning a falcon is almost like having a weapon. We work hard for five months for the race to make sure that the birds are in the best form on the day, they are fit, and they are strong. Winning is the moment that makes me restart it again.”

The relationship between the falcon and the trainer is very, very close.” It’s similar to the relationship between a dog and its master. Falcons are in our DNA and our blood. Falcons create a bond between my son and me. They are part of who we are.”- says Hamad Ahmed Bin Mujrin, a falconer from Dubai who comes from a long line of champion falconers.” Falcons are the symbol of strength and patriotism. We can train hundreds of birds in a row. We train them every day morning and evening, and there is no resting. My father passed down the skill of caring for and training these mighty birds, and those skills he learnt from his father. I remember the first Falcon I got when I was four years old. That was the best day of my life. My son loves falcons by nature, and I am pleased that he continues our heritage and I feel very proud of him.”

The Falcons undergo months of training to prepare for the competition. Training of falcons takes about six months, and they are trained every day, once or twice a day, until the last race.

Mohammed Abdullah Bin Dalmook Director of Corporate Support at the Hamdan Bin Mohammed Heritage Center (HHC) explains: “Once the Falcon leaves the warm-up room, it goes to the start. The Falcon needs to be teased with small bits of meat, so he knows that he will get his dinner later. The falconer needs to be constantly moving because if he relaxes the Falcon slows down. A falcon can fly at a speed of 85 kilometers per hour. The Falconer has a special technique to stop the bird from stopping just before it reaches the prey. Once the Falcon is relaxed, it gets his prize. It is cooled down with fresh water, and then he gets food to eat. When it is entirely calm, a hood or blinder is placed on the head to prevent it from reacting to sudden movements and light changes. So it is safe.”

Emirates Falconers Club runs a packed itinerary of high-profile events at which young Emiratis can race captive-bred falcons and compete for millions of dirhams’ worth of prizes. The most prestigious of these is the President’s Falconry Cup — this year an estimated 1,700 falcons competed for the top prize of AED15m ($4m), as well as for cars and other luxury goods.

In a bid to revive the ancient sport of falconry, Sheikh Hamdan joined forces with the Hamdan Bin Mohammed Heritage Centre (HHC) to establish the Fazza Championship for Falconry. “There’s been a rise in interest in falcons in the UAE, and it’s become an international business opportunity — everybody’s trying to get in.”- said Howard Waller, Director of Highland Falcons.

The popularity of falconry in the UAE has grown so strong over the years that the country has established two specialist hospitals to take care of these magnificent birds – the Dubai Falcon Hospital and the Abu Dhabi Falcon Hospital.

The Dubai Falcon Hospital was established by His Highness Sheikh Hamdan bin Rashid al Maktoum, Deputy Ruler of Dubai, in 1983. The facility was the first specialist hospital for Falcons in the Middle East, and between 1983 to 2001 under the direction of the first Hospital Director Dr. David Remple, an international reputation for excellence in the field of falcon medicine was established. The hospital is an integrated facility where trained falconry birds receive modern medical treatment and falconers are informed of the latest advances in the understanding of avian healthcare.

Through the delivery of veterinary care in combination with raising the awareness of disease issues amongst the falconers, the hospital has contributed to the improved health and longevity of captive falcons in the region.

Since Dubai Falcon Hospital was opened in 1983, over 20,000 different Falcons have received treatment. The hospital initiated the first falcon microchipping programme in the Middle East in 1987 and since this time over 17,000 birds have been implanted using the AVID microchip system (AVID, Norco, California, USA). 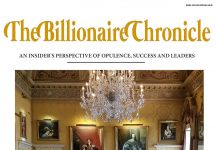 Exclusive Cover Feature There Is Never A Good Time For Tough... 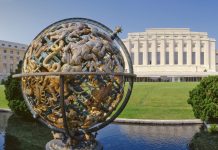 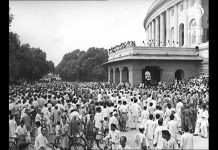