Home The Executive Billionaire Magazine Subscription What Is The Rockefeller Secret? History of The Seventh Generation Rockefeller Family

“When you have a Rockefeller on your committee it is a bonus. People want to hobnob with them.” -New York Society Chronicler

Who would have predicted on the 13th November 1810, the day William Avery “Devil Bill” Rockefeller Sr. was born that his son John Davison would become the world’s richest person at the time, and lay down the foundation for a family net worth of $11B making The Rockefellers the 24th wealthiest family in America within just over 150 years?

Wealth rarely lasts much beyond the second generation. Taxes, spending, the dilution of wealth through children and their children’s children, and the inevitable spoiling effect of so much money, eventually take a toll on family fortunes.

“I believe that every right implies a responsibility; every opportunity, an obligation; every possession, a duty.” John D; Rockefeller Sr

“The family has developed a system of values, traditions, and institutions that have helped the family stay together and preserve their wealth. They are useful to any family trying to raise children with good money values — even if you are not wealthy,” said David Rockefeller Jr., chairman of Rockefeller & Co. in a rare interview.

From Elixirs To Oil

The Rockefellers trace their patrilineal line to Goddard Rockefeller (born Gotthard Rockenfeller) (1590) of Fahr, today part of Neuwied, Germany. The first Rockefeller Johann Peter Rockenfeller emigrated to America in1723 and changed his name to Rockefeller.

William Avery “Devil Bill” Rockefeller Sr. worked as a lumberman, a traveling salesman who identified himself as a “botanic physician” and sold elixirs, but also as a land speculator and money lender to farmers.

By the turn of the 20th century, Standard Oil, the company led by one of the six children of “Big Bill” Rockefeller John Davison Rockefeller Sr., became the largest oil refiner in the world and was a force to be reckoned with. In the year 1904, it controlled 91% of oil production and 85% of final sales in the United States.

Rockefeller went steadily ahead in business from there, making money each year of his career. As he said, “God gave me money,” and he did not apologize for it.

The foundation of Standard Oil was laid down over the latter years of the American civil war when the price of the refined oil went from $.35 to $13 a barrel, with a profit margin of around $5 to $8 a barrel in 1863.

As the capital expenditures for a refinery at that time were small – around $1,000 to $1,500 and a refinery required only a few men for its operation, Rockefeller and his partner rapidly switched into oil by building an oil refinery in 1863 in Cleveland’s burgeoning industrial area.

While other refineries would keep the 60% of oil production that became kerosene but dump the other 40% in rivers and massive sludge piles, Rockefeller remained as thrifty and efficient as ever, using the gasoline to fuel the refinery, and selling the rest as lubricating oil, petroleum jelly and paraffin wax, and other by-products. Standard created the first synthetic competitor for beeswax and bought the company that invented and produced Vaseline.

Let us take a little detour here. Who else was behind the early success of Standard Oil?

John D Rockefeller Sr. and Cornelius Vanderbilt, two early capitalist tycoons, stuck up an incredible deal which could easily have been a disastrous mistake.

Vanderbilt, the American business magnate and philanthropist who built his wealth in railroads and shipping, soon understood that transportation would be a more significant business than owning railroads. Kerosene was fast becoming an essential commodity, and Vanderbilt wanted to become the sole transporter.

The 72-year-old Vanderbilt immediately reached out to John D. Rockefeller, who was in his mid-twenties and just starting in the oil business. Rockefeller promised to fill up Vanderbilt’s rail line to ship oil in exchange for an exclusive transportation contract and offered a lower price in return. After raising money from investors, Rockefeller had more oil than Vanderbilt could carry.

Is was not long after that Tom Scott, one of Vanderbilt’s fierce rival appeared on the scene. Rockefeller played the rail kings against one another.

Although Vanderbilt and Scott formed an alliance later on, cutting Rockefeller out of their rail lines, Rockefeller spotted an alternative which led him to construct the first ever petroleum pipeline. With new cash inflow, he bought other refineries and at 33, he owned over 90% of the market, creating the first oil monopoly.

Rockefeller and his associates soon had to develop innovative ways of organizing, to effectively manage their fast-growing enterprise due to the state laws trying to limit the scale of companies. On January 2, 1882, they combined under a single group of trustees by a secret agreement. The existing 37 stockholders conveyed their shares “in trust” to nine trustees.

At the same time, Standard Oil of Ohio moved its headquarters from Cleveland to its permanent headquarters at 26 Broadway in New York City.

In the 1890s, Standard Oil began marketing kerosene to China’s large population of 400 million as lamp fuel. Mei Foo, Standard Oil’s Chinese trademark and brand, also became the name of the tin lamp that Standard Oil produced and gave away or sold cheaply to Chinese farmers, which encouraged the use of  kerosene instead of vegetable oil. The feedback was positive, demand was high, and China became Standard Oil’s largest market in Asia. Before Pearl Harbor, Stanvac (Standard Oil of New Jersey and Mobil Oil) was the most substantial single U.S. investment in Southeast Asia.

Standard Oil Company and Socony-Vacuum Oil Company became partners in providing markets for the oil reserves in the Middle East. In 1906, SOCONY (later Mobil) opened its first fuel terminals in Alexandria. It explored in Palestine before the First World War broke out but ran into conflict with the British government.

In 1909, the US Department of Justice sued Standard Oil under federal anti-trust law, the Sherman Antitrust Act of 1890, for sustaining a monopoly and restraining interstate commerce.

The market share of Standard Oil had eroded to 64%, and there were also at least 147 refining companies competing with it in the United States. Meanwhile, John D. Rockefeller had left the company, yet the value of his stock doubled as a result of the split.

Today, the biggest of these companies form the core of the U.S. oil industry:

•    Standard Oil of Indiana: Renamed Amoco, and was acquired by BP

However, that is not all.  Standard Oil’s asset portfolio also grew to include some other exciting, significant names, such as Unilever, Shell, and Berkshire Hathaway Inc.

Today John D. Rockefeller Sr. stands as #48 of the Most Important Leaders in the U.S. History and #6 of the Most Influential CEOs of All Time on ranker.com.

One hundred years on, the family still meets twice a year, at Christmas lunch, and the annual family forum. After many divorces, remarriages and prolific numbers of children, the living blood-descendants of John D. Rockefeller exceed 170. Over 170 Rockefellers in one room.

The Rockefellers had not had a family business to manage since 1911 when Standard Oil was broken up by the government into publicly traded companies.

Combined with a well-written series of trusts, the stocks and financial holdings were more easily passed down to future generations and less subject to financial battles.

The trusts are, to this day, controlled by the male heirs to the fortune, as well as other influential trustees who allocate annual allowances to the Rockefeller heirs. Today, much of this wealth is pooled and managed at Rockefeller & Co. of which David Rockefeller, Jr. is the chairman. However, there are hundreds of more trusts and corporations, many of which have JPMorgan Chase as a trustee.

Attaching value to these holdings and trusts is intricate. Beginning in 2004, when the Rockefeller family sought to petition ExxonMobil’s current management to make some changes in how it operates, 73 of 78 direct adult descendants of John D. Rockefeller led the charge.

“The older Rockefeller generation did a lot to help New York,” said a prominent Manhattan socialite. “But the younger generation is more spread out geographically and financially. They do not have the financial wherewithal to do what their relatives did.”

According to the New York Post, today there are Rockefellers in Montana, Vermont, even Arkansas, where Andrea D. Rockefeller, granddaughter of that state’s onetime governor Winthrop, is a police officer.

David Rockefeller Jn. said: “No longer having a family business is important as well, says Rockefeller. Many of the disputes within rich families start over business; who should run it, how it should be run, and who should benefit.”

The strongest adhesive keeping the Rockefeller family together is philanthropy. John D. Rockefeller’s ethos was, “I believe that every right implies a responsibility; every opportunity, an obligation; every possession, a duty.” He underscored this by giving away $530,853,632.

“If the values were not lived, the words would not have had an impact,” David Rockefeller Jr. said during an interview. “So, I think the family has tried its best to live those values, to whom much is given, much is expected.”

Going, going, gone: A slice of Europe on Dubai’s doorstep. The... 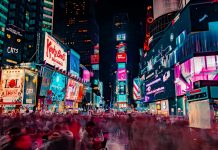 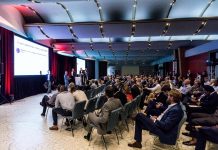 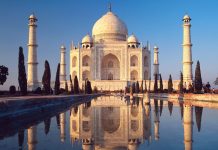 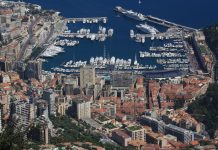