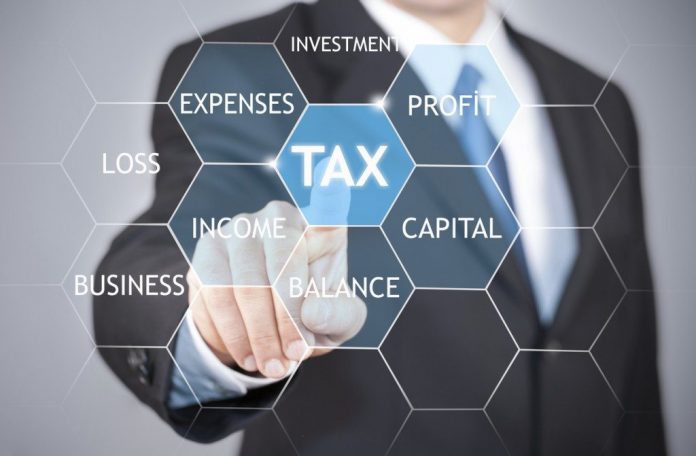 While in the world of taxation is debated how the digital economy should be taxed, the objective of this comment is to focus on what actions could be developed by the Tax Administrations (TAs) in order to carry out more efficient management on the control of the digital economy

The question that inspired me to write these lines is whether tax administrations should begin to act or whether they should wait for the regulations dictated by the different organisms that are analyzing the subject.

According to Oxfam [1] the digital economy currently represents 15% of the Gross Domestic Product (GDP), but it is estimated that in a period between 5 and 10 years it will reach 25%.

The digital economy is a great international challenge for the tax authorities, who still do not agree on how to properly tax it.

This is due to the fact that tax systems are not adapted to the new ways of doing business that the great development of the digital economy implies in this fourth industrial revolution.

The problem occurs because the international tax system is based on the fact that to pay taxes in a country you have to have a physical presence in it and the technological giants can have activity in different countries without a physical presence.

According to experts of the subject [2] the tax system is not only obsolete, it is absolutely unfair. It reloads the tax burden of multinationals to small and medium enterprises and also to the rest of the population through indirect taxes, such as the Value Added Tax, which has a strong impact on the population living in poverty.

Besides the evasion that is taking place the digital economy is generating in many countries an unfair competition with the companies of the own countries that have physical presence and perform similar activities.

The OECD with its BEPS Action Plan recently said [3] that countries and jurisdictions participating in the inclusive framework of the OECD / G20 BEPS will intensify efforts to reach a global solution to the growing debate on how to impose taxes on multinational companies in a rapidly digitizing economy.

The new international debates will focus on two central pillars.

The first pillar will focus on how existing rules that divide the right to tax the income of multinational companies between jurisdictions, including traditional transfer pricing rules and the principle of competition, could be modified to take into account the changes that has brought the digitization

A second pillar aims to solve the outstanding problems of BEPS and will explore two sets of rules designed to give jurisdictions a remedy in cases where revenues are subject to zero or very low taxation.

The members of the Inclusive Framework renewed their commitment to reach a long-term solution based on consensus in 2020, with an update to be presented to the G20 during 2019.

One of the latest documents is the title Addressing the Tax Challenges of the Digitalisation of the Economy. [4]

The EU, for its part, is also in the midst of debate and different countries have already proposed unilateral solutions consisting of specific taxes for companies in the sector.

Brussels proposed in March to establish a 3% tax on revenues – not on profits – of those companies that bill more than 750 million euros.

For its part, the IMF issued a document entitled “Corporate Taxation in the global economy” [5] which presents the various problems facing the international taxation of societies and different options to deal with them.

The document highlights the need to maintain and take advantage of the progress in international cooperation in tax matters that has been achieved in recent years.

Other Organizations such as ICRIT [6] propose a different approach from the OECD, stating that the fairer and more efficient approach would be to tax multinationals as individual companies, not considering each subsidiary as independent, that is, they favor the so-called unitary approach. They propose to treat multinationals as unified companies, combining it with an overall effective minimum tax of 20-25%, which they say would significantly reduce the financial incentives for multinationals to transfer benefits between jurisdictions and for countries to reduce their tax rates.

But while the different Organizations fervently debate the issue, the question is: what should the TAs do?

The concept of digital economy I understand includes different aspects that go from the electronic commerce, the denominated collaborative platforms, the electronic money and the cryptocurrencies among others.

For the European Commission the term “collaborative economy” refers to business models in which activities are facilitated through collaborative platforms that create an open market for the temporary use of goods or services often offered by individuals.

It is highlighted that there are factors that have allowed the advancement of these platforms such as new technologies and also changes in consumption patterns.

All these new ways of carrying out operations have evidently opened the door to new maneuvers to evade taxes.

The debate arises not only because of the large numbers that States lose to collect but also because of the enormous inequality that is generated since the direct direct taxes that end up paying these “digital giants” in comparison with those that pay other factors of production such as the job.

However I warn that the risk that runs with the different solutions that are being applied in the countries to collect taxes unilaterally to these taxpayers is that the “digital giants” end up transferring, both direct and indirect taxes, to users (consumers) with which the inequality that is intended to attack is likely to be increased.

From the point of view of the TAs I believe without doubt a first task is to review all its tax regulatory framework to propose, where appropriate, the legal or regulatory changes in each country in order to be able to tax the digital economy in the same way they are taxed the rest of the operations.

Obviously, this issue in countries subject to a European framework such as Europeans can generate greater difficulties than in the rest with regard to the approval of regulations.

I understand that the TAs, in the interim in which the legal modifications are approved, should analyze how they can with the current legislation collect the taxes that correspond to the different parties that intervene.

That is to say that a very important step is to identify the intervening parties, in the sense of knowing the parties involved in the business and the different activities deployed by each of them.

This statement is also made considering the gaps of non-compliance on which a Tax Administration must work, since the first one is that of non-registered, which arises from the difference between the subjects required to register and those actually enrolled in each tax.

That is why this will be the starting point of the control strategy that is decided to be implemented on the digital economy.

For example, in a rental service provided by a collaborative platform usually involved 3 parties: the owner of the property that is intended for rent, the tenant who is the subject (user either company or final consumer) and finally the platform that acts as a link between the two parties.

The challenge is to identify each of the parties, the activities deployed by each one of them in order to be able to demand the taxes as taxable facts are developed according to each legislation.

To this end, the TAs may implement information regimes, beneficiary registries or other measures in the same way as they do today, for example, when the intermediation is carried out through a real estate agency that is physically constituted, following the example given.

Example in Spain began to force Airbnb and other similar intermediaries to collect data from hosts and customers who have used the platforms throughout this year. This new obligation of information was established for the purpose of preventing tax fraud for individuals or entities, in particular, the so-called “collaborative platforms”, which mediate in the assignment of use of housing for tourism purposes. [7]

Within this subject it is key that the TAs know and familiarize themselves with these new legal business among the different parties involved.

It shares what was said by Santiago Díaz de Sarralde Miguez [8] in the sense that to be effective, taxes require that administrations have: a) information about the agents and their economic activities; b) legislative capacity (sovereignty) to determine their obligations; and c) administrative capacity (feasibility) to efficiently apply the legislation.

Should be analyzed issues such as who is the one who sets the price, who is the owner of the goods or services offered, if the platform acts as an intermediary or direct lender to name only some aspects.

In this regard, I recommend that the TAs establish, in case of doubts, the technical criteria of these new businesses.

For example, in Argentina, the AFIP defined that the drivers who drive the cars via the UBER platform are dependent workers, which is why social charges must be paid in this regard. [9]

In this country it was also arranged that the VAT income corresponding to the import of services provided by certain digital platforms be retained and entered directly by the companies that manage the credit or debit cards because they are mostly paid through this modality.

That is to say that within the regulatory framework of each country should be defined as tax all these new businesses of the digital economy against the different taxes considering the different actors involved in the new business that arise.

The Forum of Tax Administrations [10] has published a communiqué with the results reached in the meeting in Chile in March 2019, which has focused on four priority themes:

During the forum, emphasis was placed on cooperation focused on two areas: the “Common Reporting Standard” (CRS), with the aim of expanding and improving the analysis derived from it, and the digital economy, to ensure effective taxation of trade to through digital platforms. Regarding the digitalization of the TAs in the forum, it was agreed to explore the use of new technologies, analytical tools and data analysis to improve compliance, reduce the administrative burden, create efficiencies and improve services for taxpayers. It was agreed to deepen collaboration in this area.

All these issues will undoubtedly help to better control the digital economy by the TAs.

I would like to highlight, in particular, the greater cooperation and collaboration between the TAs that is already obtaining concrete results in the information exchanges that are being developed.

Without doubt, transparency and the exchange of information are the key to combating international tax evasion. The problem of designing international taxation standards for digital commerce implies a complex analysis and joint work between countries [11] .

This greater cooperation and collaboration between the tax administrations also allows the best practices in the matter to be applied in the different countries to manage the digital economy.

Surely in this comment have lacked many more actions that TAs can go right now putting into practice to better control the digital economy.

But what I am sure of is that I have answered the question that inspired me to write these lines and therefore in this matter the future is today and the TAs must act to efficiently manage the digital economy. 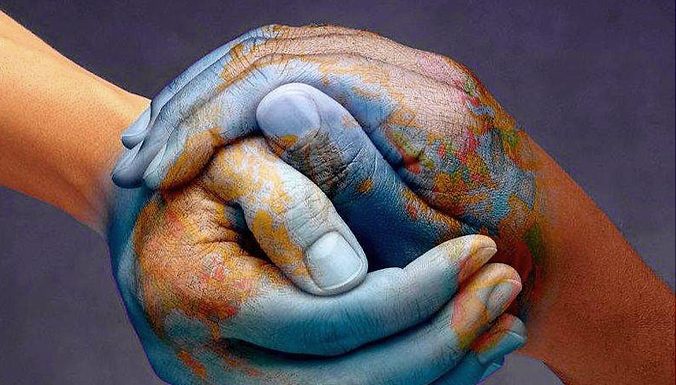 How to Decide Where to Donate Your Money. World Humanitarian Day 19th August.