For decades – dating back at least to the Internal Revenue Code of 1954 – taxpayers have sought ways to structure their businesses to account for the different treatment that U.S. tax law accords corporations, sole proprietorships, and partnerships. Through the end of 2017, the rules favored the corporate form of business, taxing corporations at lower rates, while also providing other tax advantages. At the same time, the law taxed sole proprietors and owners of partnership interests and subchapter S corporations (so-called pass-through entities) at higher individual tax rates.

Granted, corporate shareholders faced the potential disadvantage of double taxation, where the corporation paid taxes on its earnings and shareholders paid taxes on dividends distributed from those earnings (a disadvantage that most corporations could overcome with little or no effort). However, by and large, the tax code favored the corporate form of business entity.

That all changed when Congress passed major revisions to the Internal Revenue Code in December 2017. With those revisions, Congress added a new code section, §199A, an attempt to create a more level playing field in the form of a 20% deduction from gross income for owners of some pass-through entities. Since then, Treasury and the IRS have issued guidance designed to help taxpayers understand the scope of the new tax benefit and navigate the new law successfully. This article discusses the general provisions of the new law, the limitations on its use, and ways that taxpayers may take advantage of the new tax benefit by employing pass-through entities.

Simply stated, the new law generally allows a deduction for taxpayers other than corporations in the amount of 20% of income derived from operating a trade or business in the United States. The most apparent limitations on this new deduction are stated right in the statute:     1.    The taxpayer must not be a corporation. It may, however, be an electing Subchapter S corporation (which is treated mostly as a partnership for U.S. tax purposes), as well as a trust or an estate;

2.    The deduction is available only against income earned by operating a “trade or business;” and

3.    That income must be “effectively connected” with operating a trade or business in the United States.

As with every general rule in the tax realm, however, there are exceptions, limitations, and myriad calculations to be made in order to apply the general rule to any specific situation. So before anyone gets carried away with this new 20% deduction, here are the most commonly applicable exceptions and limitations.

1.    The law generally allows taxpayers to take the 20% deduction if their taxable income does not exceed the “threshold amount.” For 2018 that threshold amount is $157,500 for single taxpayers and $315,000 for married couples filing jointly. Those amounts will be adjusted annually for inflation.

2.    The law prevents certain taxpayers whose taxable income exceeds the threshold amount from claiming the deduction at all. In particular, the deduction is not available to taxpayers earning above the threshold amount and who are engaged in a “specified service trade or business,” which includes performing services as an employee, as well as any trade or business performing services in the following fields: health, law, accounting, actuarial science, performing arts, consulting, athletics the “trade or business of financial services, brokerage services, investing and investment management, trading or other dealing in securities, partnership interests, or commodities,” “or any trade or business where the principal asset is the reputation or skill” of one or more of its employees or owners.

3.    Moreover, the calculation of “taxable income” for purposes of these limitations does not include the deduction allowable under §199A.

How Much Can a Taxpayer Deduct?

While the general rule of §199A provides a 20% deduction from income earned in the conduct of a trade or business with income sourced in the United States, the amount of the deduction that any business owner may claim is not that simple. Before simply multiplying business income by 0.20, taxpayers must first determine what income qualifies for the deduction. Also, that task is not as simple as it might appear at first blush.

In fact, as a cursory reading of the first two subsections of §199A shows (see text box), the statute may set a record for most verbal contortions in fewest words. Parsing that language presents quite a challenge for even the most experienced tax professional. Fortunately, the IRS has issued guidance to make the task a bit easier. According to the IRS, the deduction is the lesser of:

B) 20% of the taxpayer’s taxable income minus net capital gains.

As mentioned earlier, on February 1, 2019, the Treasury released final regulations, interpreting and explaining the complex world of this new tax break, as well as defining key terms in the law. At the same time, the IRS issued Notice 2019-07, explaining a proposal to create a safe harbor under which a rental real estate enterprise will be treated as a trade or business solely for purposes of the §199A deduction.

While a full analysis of the regulations and notice far exceeds the scope of this overview, it is important to highlight a few essential features, mainly as they concern real estate investments.

What is a Qualifying Trade or Business?

Perhaps the most critical aspect of the regulation is its definition of the “trade orbusiness” requirement for claiming the §199A deduction. Responding to hundreds of comments to the proposed regulations issued in 2018, Treasury decided to adopt the definition of “trade or business” used in the section of the tax law allowing deductions for ordinary and necessary expenses incurred in conducting a trade or business.

While the determination of whether an activity represents a “trade or business” is a factual determination made on a case-by-case basis, the courts have laid out two key requirements. The first concerns profit motive, in that the taxpayer must enter into and carry out the activity with a good faith intention to make a profit, or with the belief that a profit can be made from the activity. The second concerns the scope of the activities, which must be “considerable, regular, and continuous.”  A taxpayer who seeks to claim the 20% deduction under §199A must meet both requirements.

What About Rental Real Estate?

According to Treasury, most of the comments on the definition of “trade or business” in response to the proposed regulation focused on the treatment of rental real estate activities. Many commenters asked Treasury to articulate a bright line test or a safe harbor for determining when a taxpayer’s rental real estate activities qualified as a trade or business under §199A. Despite those comments, Treasury declined to do so in the final regulations, observing that that task fell outside the scope of the final regulations.

Despite its decision not to establish a bright-line test, Treasury and IRS are sensitive to the need for taxpayers and practitioners to have some definitive guidance on the subject of rental real estate. Thus at the same time, it issued the final regulations under §199A, the IRS released Notice 2019-07, advising the public of a proposed revenue procedure and detailing a proposed safe harbor under which a rental real estate enterprise could be treated as a trade or business solely for purposes of the §199A deduction.

In a nutshell, the proposed safe harbor would treat a rental real estate enterprise as a trade or business if at least 250 hours of services are performed each year concerning the enterprise. This includes services performed by owners, employees, and independent contractors, and time spent on maintenance, repairs, collecting rent, paying expenses, and efforts to rent the property. It does not, however, include any activities performed in the owner’s capacity as an investor, such as obtaining financing, planning long-term capital improvements, procuring property, preparing and reviewing financial statements, and traveling to and from the property.

The proposed safe harbor also requires the owner to keep separate books and records, and separate bank accounts for each of the rental activities. The owner may not aggregate different types of properties (such as commercial and residential) in one enterprise and must keep detailed, contemporaneous books and records of the activities of each enterprise.

Perhaps the most controversial aspect of the proposed safe harbor involves its treatment of so-called “triple net lease” arrangements.  The notice expressly excludes triple net leases (as well as any property used by the taxpayer as a residence for any part of the year) from the safe harbor. Nonetheless, a qualifying entity that is engaged in the rental real estate business may qualify for the §199A deduction if it meets the requirements of §199A, even if it does not qualify for the safe harbor under Notice 2019-07.

What Does it All Mean?

As noted at the beginning of this piece, in enacting §199A Congress has created a more level playing field for businesses that are not organized as traditional corporations. Investors who wish to operate a business in the United States may now be able to reap significant tax benefits if they organize as a sole proprietorship, partnership, Subchapter S corporation, REIT, or trust. Also, with the newly-proposed safe harbor for real estate enterprises, one obvious opportunity lies in that field.

As the expression goes, however, the devil is in the details. So before embarking on a business venture designed to take advantage of §199A, business people should carefully vet their business models with competent professionals who can advise them about the potential risks and rewards from such a venture.

One more thing: Act now, because unless Congress extends the law, this tax break expires after 2026.

Stuart D. Gibson is the Deputy Editorial Director, international tax at Bloomberg BNA. He spent nearly 30 years as a senior litigator in the Tax Division of the U.S. Department of Justice, where he led high-profile cases such as the first tax shelter promoter summons case and successful efforts to enforce “John Doe” summonses against major foreign banks. After leaving the government and before joining Schiff Hardin, he served nearly three years as editor of Tax Notes International, a leading industry publication covering global tax news and issues. Stuart is also a noted author and speaker on tax issues at venues around the world. 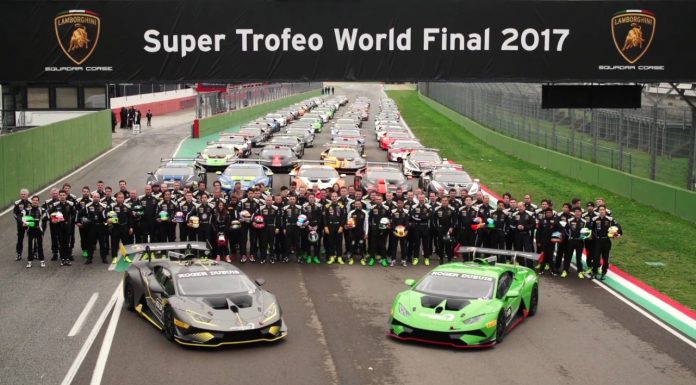 Rome Is Not Like Any Other City. Where to find intrinsic luxury and authentic power symbols?