Mike Bloomberg is a fan of bold statements and big commitments. In a tweet Thursday night, the billionaire former mayor of New York City said he would spend $500 million on Beyond Carbon, which he described as “a coordinated campaign to take on the climate crisis.”

“This is the fight of our time,” Mike Bloomberg said in his tweet, where he linked to a New York Times article that details his aims, including shutting down every coal-fired power plant in the U.S. and stopping the growth of natural gas.

Bloomberg first mentioned the Beyond Carbon campaign back in March, in an opinion piece  on Bloomberg.com, the business news organisation he owns. He described it as “a grassroots effort to begin moving America as quickly as possible away from oil and gas and toward a 100 percent clean energy economy.” Mike Bloomberg also pointed out that, working with the Sierra Club, the Beyond Coal campaign he launched in 2011 had helped to shut down 285 out of the 530 coal-fired power plants in the country. Now he wants to shut down the rest of the coal-fired power plants and move the U.S. toward a full embrace of renewable energy.

He rose to prominence as a co-founder and head of financial information and media company Bloomberg LP, which he started in 1981. Mike Bloomberg still owns 88% of the business, which accounts for a large portion of his fortune. Forbes ranked him the ninth-richest person on the annual World’s Billionaires list published in March. He’s currently worth an estimated $55.6 billion, according to Forbes. That’s after donating $5 billion to causes including climate change, gun control, financial aid at his alma mater Johns Hopkins and more. (And before accounting for the newest $500 million pledge, which will likely be spent over multiple years.)

Bloomberg is scheduled to give the commencement address at the Massachusetts Institute of Technology on Friday, and the New York Times said he plans to formally announce the Beyond Carbon initiative then. 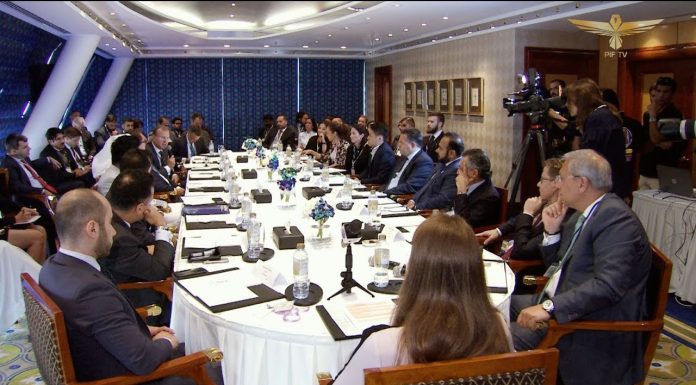