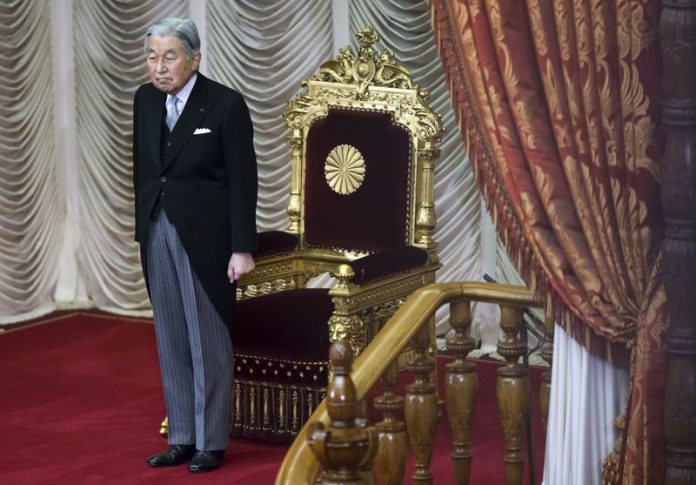 This is the first retirement in more than two centuries in the world’s oldest imperial family. The last emperor to abdicate was Kokaku in 1817, who stepped down to make way for his son.

Emperors have played a crucial role in the country’s native Shinto religion, conducting various annual rites and prayers for the prosperity of the nation.

There have been abdications in Japan’s long imperial history dating back more than 2,600 years but the last one was more than two centuries ago, and it will bring to an end the current Heisei era which has lasted the 30 years Akihito has been on the throne.

Akihito is the 125th person to sit on the Chrysanthemum Throne since Emperor Jimmu, said to be a descendant of the legendary sun goddess Amaterasu.

Japanese Prime Minister, Shinzo Abe said he was “deeply moved” at the decision taken after a special meeting of the Imperial Council. “The government will make utmost efforts to ensure that the Japanese people can celebrate the emperor’s abdication and the succession of the crown prince,” added Abe.

The status of the emperor is sensitive in Japan given its 20th-century history of war waged in the name of Akihito’s father Hirohito, who died in 1989.

Akihito was born in 1933 just as Japan was embarking on its militaristic sweep across Asia, and was 11 when the war ended in defeat.

His father was allowed to remain on the throne after Japan’s defeat, but his status was downgraded from semi-divine sovereign to a figurehead with no political power.

Akihito embraced the role and tried to use it to help heal the scars of the war while remolding one of the world’s oldest monarchies for a democratic age.

Even before he assumed the throne, Akihito broke with tradition when he married the daughter of a wealthy flour magnate in 1959, becoming the first imperial heir to wed a commoner.

Akihito is barred from commenting on politics, but he has over the years hinted at his own anti-nationalist views.

Speaking at a memorial marking the 70th anniversary of Japan’s surrender, Akihito expressed “deep remorse” for the country’s actions in World War II.

Emperor Akihito and Empress Michiko will abdicate on April 30 after a three-decade reign, making way for Akihito’s eldest son, 59-year-old Crown Prince Naruhito and his wife Masako to ascend the Chrysanthemum Throne the next day.

Some worried that changing the rule to allow any emperor to abdicate could put Japan’s future monarchs at risk of political manipulation.

There are no more eligible male heirs after the 11-year-old son of Crown Prince Naruhito’s younger brother Akishino.

Naruhito married former diplomat Masako Owada in 1993 and they have one child, Princess Aiko, 17, who is barred by law from the throne because she is female.

Japan’s centuries-old succession would be broken if that son, Hisahito, does not have a male child.

In response, Japan’s parliament has called for a debate on giving women a bigger role in the male-dominated monarchy.

The idea – including the possibility of letting women ascend the throne – is popular with ordinary Japanese, but it is vehemently opposed by traditionalists.

Female imperial family members lose their royal status upon marriage to a commoner, a point highlighted by the engagement of one of Akihito’s granddaughters, Princess Mako, to her college sweetheart.

The abdication ceremony is planned for 5 p.m. Tokyo time on April 30. Prime Minister Shinzo Abe will make a few comments and then Akihito will speak. About 300 guests will be in attendance including Abe, the cabinet and dignitaries. The actual abdication will be at the Imperial Palace in Tokyo and includes a ritual where Akihito reports to his imperial ancestors that he is stepping down.

Naruhito will inherit regalia that includes a sacred sword and jewels in a ceremony that will serve as the proof of ascension.
Naruhito will speak publicly for the first time as the new emperor. The ascension ceremonies will continue until November. 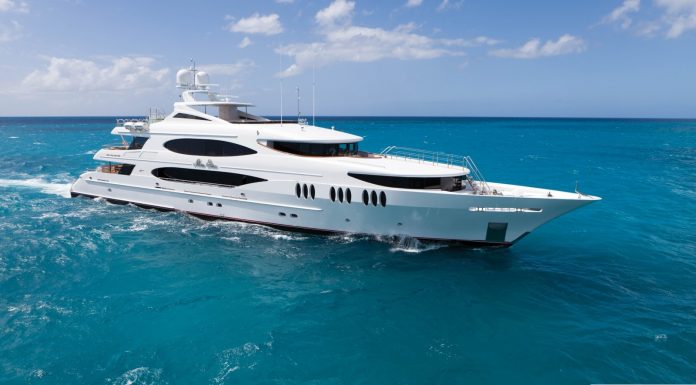 We truly hate saying NO to great ideas but we seem to spend 95% of our time saying it…..