IoT Technology to help to support aging population. It’s part of a broader trend in which Japan is deploying cutting-edge technology to grapple with an aging population Japan has struggling with rising numbers of diabetics, but an initiative approach to managing Type 2 diabetes mixes a bit of psychology with Internet of Things (IoT) devices.

The PRISM-J study is examining how IoT technology devices can help people cope with diabetes, says Kohjiro Ueki, director of the Diabetes Research Center at the National Center for Global Health and Medicine. JAPAN

YOU MAY WANT TO READ THIS

As most developed countries around the world cope with demographic changes, Japan is targeting a new positional approach. Japan has a rapidly greying society, a wealth of high-quality health data, therefore novel approaches to using that data and the latest technology to improve the lives of Japanese.

“Japan is a super-aging society and many older people don’t know how to take care of their health,” says Kohjiro Ueki, director of the Diabetes Research Center at the National Center for Global Health and Medicine (NCGM) in Tokyo. “It’s still unclear to what extent we can get them improve their blood glucose levels. However, Japan is most likely leading other countries on this issue.”

Around 10 million adults in Japan are suspected of having diabetes, according to a 2016 survey by the Ministry of Health, Labour and Welfare. The survey of 11,000 adults from about 24,000 households chosen at random yielded a result that was 500,000 higher from the same survey in 2012. This growth is colossal if we compare with figures of 6.9 million in 1997. According to a 2015 study of 160,000 Japanese adults that was published in the Journal of Diabetes Investigation, researchers at centres in Japan and overseas concluded that “a substantial increase in diabetes prevalence is expected in Japan during the next few decades, mainly as a result of the aging of the adult population.”

The silver lining, however, is that diabetes can be managed effectively with lifestyle changes. But price associated with the disease are growing. Some 16,000 people are newly put on hemodialysis annually, and the total increase in the cost of hemodialysis due to diabetic kidney disease is 8 billion yen ($70 million) every year, according to Ueki.

Ueki and his colleagues launched a randomized controlled trial called Prevention of Worsening Diabetes Through Behavioral Changes by an IoT-based Self-Monitoring System in Japan (PRISM-J).

Managing Diabetes with The Gods

Kazuyo Tsushita, director of the Comprehensive Health Science Center at the Aichi Health Promotion Foundation, developed the app and took inspiration from Japanese mythology. Known to all Japanese, the seven gods are responsible for seven aspects of the program, including the self-reporting of eating habits and sitting times.

Diabetes patients participating in the study measure their weight, activity level, number of steps taken, and blood pressure on a daily basis. To do that, they’re using blood pressure monitors, pedometers and body composition monitors that send the data to their smartphones and an app called Shichifukujin (The Seven Deities of Good Luck).

“Patients in their 20s are getting adjusted quicker  to the devices used in the study,” says Ryotaro Bouchi, a diabetes researcher at NCGM who recruited patients. “Older users can do well if they get enough explanations. The exit rate has been less than 1%, which is much lower than similar studies.”

Users get messages via cartoonish illustrations of the gods and get automated feedback from them twice a week. If users miss updates, the gods express disappointment—there are no pressure tactics involved. The idea is that the prompts will keep users interested in controlling their diabetes, and perhaps lose excess pounds, by eating right and exercising more.

The ability for physicians to track vital patient data between clinical visits is made possible through IoT. Researchers hope to develop more sophisticated IoT data algorithms that would send users messages about increasing their activity or seeking further help. Meanwhile, the technology could also be used to study other lifestyle diseases such as hypertension and hyperlipidemia.

The data generated by users is then uploaded to the Shichifukujin cloud, where patients’ physicians can monitor their progress. Two thousand patients aged 20 to 75 are participating in the two-year PRISM-J study, which began in January 2018. Supported by the Japan Diabetes Society, PRISM-J is the longest study of its kind in the world.

“Our goal is to prove that using IoT devices can produce better blood glucose scores for diabetes patients,” says Ueki. “If patients can visualize how they’re doing, it could help them make positive changes in lifestyle habits and keep them motivated. The improvement in the data per se is a reward for patients.”

The IoT devices that give peace of mind

Japan is bringing out various kinds of IoT devices to help society better deal better with aging. Smart tags are inserted into shoes and bags can help track dementia patients who repeatedly wander off, while washable UHF tags in hospital bed sheets can alert administrators about when it’s time for disposal.

Ayumu Mitera, CEO of smartwear maker Mitsufuji, says Japan is a forerunner in the development of solutions for aging populations. JAPAN BRANDVOICE

At Tokyo-based smart fabric company Mitsufuji, IoT sensors are being integrated into clothing. Founded by a traditional Kyoto textile company, Mitsufuji is now focused on the development and manufacture of silver-metalized conductive fiber under its AGposs brand and wearable IoT products under its hamon smartwear brand, which was commercialized in 2016.

Stretchable and flexible, AGposs is nylon covered with silver, so that it acts like both thread and metal. It’s electrically conductive, and when incorporated into hamon smartwear, it can be used to monitor biometric information such as breathing rate and heartrate, as well as temperature, humidity, acceleration and gyroscopic data. With a transmitter attached to the smart fabric and other devices, data can be sent to mobile devices.

“Aging populations are a global problem and Japan is a frontrunner that can provide solutions—we have no choice in this because everyone is getting old,” says Mitsufuji CEO Ayumu Mitera. “While traditional large families that would care for elderly are a thing of the past, with remote medical technology caregivers who monitor patient data can act as their family. I think that by 2040 or so, people will not need to go to hospital anymore because diseases and symptoms will be detected in advance. We’re now beginning to cross this threshold.” 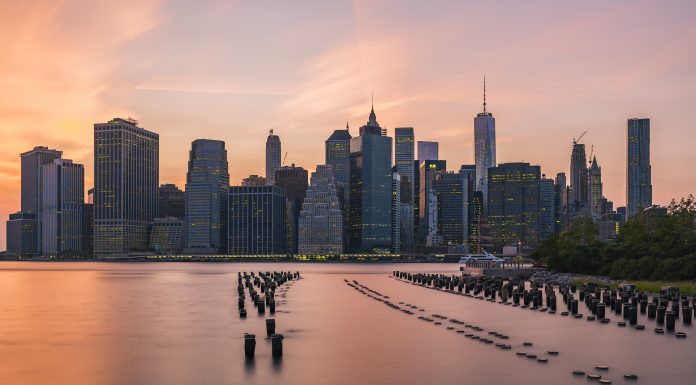