Wipro’s executive chairman and managing director Azim Premji, who’s known as much for his business acumen as his large-hearted philanthropy, will step down on July 30. The tech billionaire, who turns 74 next month, will retain a board seat and the title of founder chairman.

His son Rishad Premji, 42, Wipro’s chief strategy officer, will be executive chairman, and CEO Abid Neemachwala will also hold the managing director’s post, according to a Bombay Stock Exchange filing.

In a company statement, Premji said that he plans to “ devote more time to focus on our philanthropic activities. I have great confidence and trust in Rishad’s leadership to steer Wipro in its next phase of growth as we move forward

A Harvard Business School grad, Rishad, the older of Premji’s two sons, worked at GE Capital and Bain & Company before joining Wipro a dozen years ago. Apart from heading strategy, Rishad set up Wipro’s $100 million venture fund, which has made a slew of investments. He was also heading industry lobby group NASSCOM for the past year until he stepped down end of March 2019.

Premji, who turns 74 next month, steered the $8.5 billion (revenue) Wipro for 53 years, ever since he dropped out Stanford University in 1966 to join his family’s modest cooking oil business. With roots in consumer products, Premji latched on early to the potential of outsourcing completely transforming his modest inheritance into a multi-billion dollar software play with $8.5 billion in revenue.

In the process, Premji became a billionaire, worth $5.2 billion according to Forbes. So did other Indian tech pioneers, including Shiv Nadar of HCL Group and N.R.Narayana Murthy and other co-founders of Infosys.

“ Best wishes to Azim, his successor and Wipro, “ Murthy told Forbes Asia. Murthy has long since retired from Infosys and doesn’t even hold a board seat in the company he cofounded.

Biotech billionaire Kiran Mazumdar-Shaw, founder of Biocon and a friend of Premji, said that the tycoon must have thought through the timing of this leadership transition. ” Rishad has met his father’s expectations. This is a great milestone.”

Billionaire Harsh Goenka observed that Premji has made the right choice and the transition is likely to be seamless. ” Azim has built a strong culture at Wipro, which his son is very much a part of. Rishad is an amiable and balanced young man with both high IQ and EQ.”

Premji also retains ties to Wipro’s legacy business as chairman of Wipro Enterprises, a $2 billion (revenue) consumer products firm, which was spun off from Wipro and is now privately held by him and his family.

In March, Premji emerged as on one of the world’s most generous billionaires when he announced he was donating the majority of his Wipro shares and other assets — worth$21 billion — to his education-focused charitable foundation. As a result of Premji’s largesse, his fortune dropped from $22.6 billion to the current $5.2 billion. 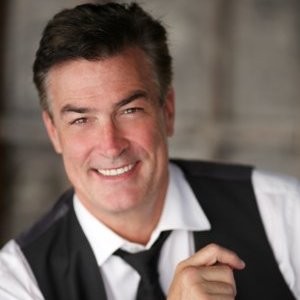