India is celebrating its 72nd Independence Day today with zeal and great fervour. As per the tradition, Prime Minister Narendra Modi has conclude his 15 August 2018 speech from the ramparts of historic Mughal-era Red Fort (Lal Quila) located in the heart of the Delhi. This was his fifth and final speech before the 2019 Lok Sabha elections. PM Modi had slammed Congress over the growth process prior to 2014 even as he listed achievements of his government. 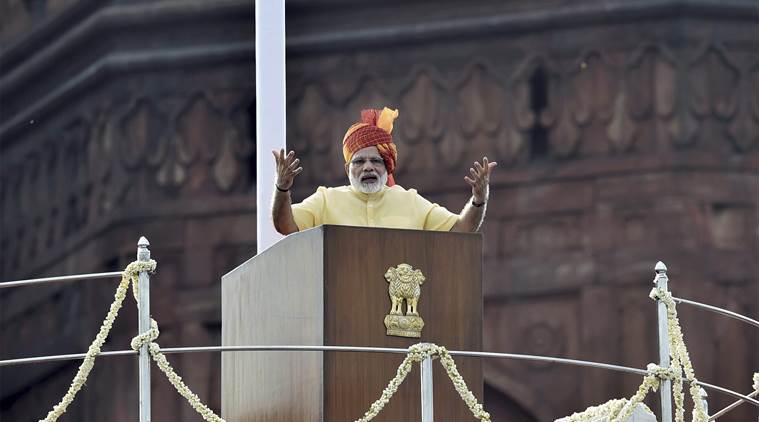 ” We want to progress more. There is no question of stopping or getting tired on the way.”-Prime Minister Narendra Modi

Colourful fans handcrafted by tribal artisans offered relief to the dignitaries, including foreign diplomats and politicians, braving high humidity levels during the Independence Day function at the historic Red Fort.  An overcast sky with high relative humidity was a perfect recipe for a typical sultry morning in the national capital. The bamboo-made fans crafted by artisans from the Mahali tribe of West Bengal, were provided to the invitees, including ministers, parliamentarians, diplomats and other VVIPs. A thousand hand-crafted fans were procured by the defence ministry from the Tribal Affairs Ministry’s agency TRIFED, as part of the government’s efforts to popularise tribal products.

“Housing for all, power for all, water for all, LPG for all, toilet for all, skill for all, health for all, insurance for all, connectivity for all,” Modi said towards the end of his Independence Day speech at the Red Fort in Delhi. “Malnutrition is a big problem. I want to provide quality life to my people.”

Fiji was the 1st place where Indian tricolour was hoisted on the 72nd Independence Day. INS Sahyadri paraded the guard while the flag was hoisted by Vishwas Sapkal, High Commissioner of India, with Captain Shantanu Jha and Captain Manish Rai. In Mumbai  Maharashtra chief minister Devendra Fadnavis unfurled the tricolour.

“Salute to our great nation and all my brothers and sisters. Like every year, we will be celebrating ‘Freedom at midnight… Jai Hind. Bande Mataram Independence Day India,” Mamata Banerjee, West Bengal chief minister.

Prime Minister Narendra Modi reached out to honest taxpayers saying it is their taxes that fund the government programmes for the poor and “these good deeds will earn them ‘punya‘. Addressing the nation from the Red Fort on the 72nd Republic Day, Modi said the country was witnessing “a festival of honesty”.

He said the number of direct tax payers had nearly doubled and the number of those paying indirect tax had gone up from 70 lakh to 1.16 crore in one year of GST implementation. The salaried middle class was among those considered honest tax payers and Modi’s mention of them in the Independence Day address is being seen as a ploy to reach out to them ahead of the Assembly polls later in 2018 and the 2019 Lok Sabha elections. The middle class in India is estimated to be over 300 million.

Defence minister Nirmala Sitharaman thanks the prime minister on Twitter, says, “Thank you from the bottom of my heart  for offering women SSC officers Permanent Commission. At every step, you do the needful to empower women.”

The duration of PM Modi’s Independence Day speeches has always drawn diverse opinions. PM Modi also holds the record for delivering the longest Independence Day speech when he spoke for 96 minutes in 2016. Last year, the duration of his speech was 57 minutes- the shortest in four years. In his maiden speech in 2014, he spoke for over 65 minutes, followed by 86 minute-long monologue in 2015, and 80 minutes today.

Like his BJP counterparts, Congress president unfurled the tricolour at the Congress headquarters in Delhi on Wednesday. While wishing Indians, Rahul recalls freedom fighters who laid down their lives for this day. Meanwhile, Karnataka chief minister HD Kumaraswamy on Wednesday unfurled the tricolour here to mark the 72nd Independence Day celebrations in Bengaluru. Kumaraswamy joined about 8,000 people at the Field Marshal Manekshaw parade ground in the city centre on the occasion. 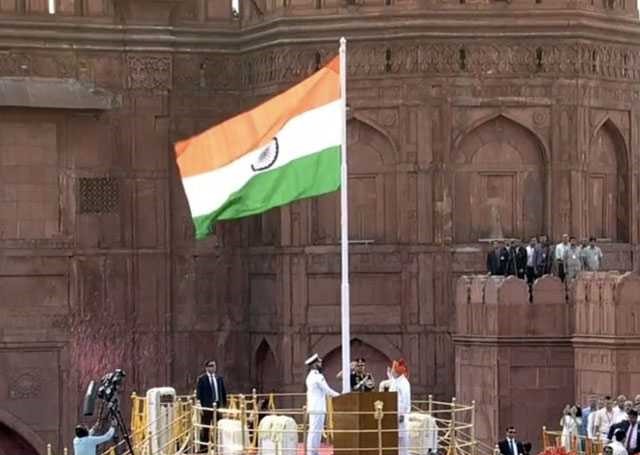 “On Independence day we salute those who fought for the cause of freedom from colonialism, injustice and oppression. Their sacrifices continue to inspire us.” Meira Kumar

The Congress party tweeted out a video of BJP national president Amit Shah, trying to unfurl the National Flag. However, instead of climbing up the mast, the flag accidentally came down. Shah, quickly realised his mistake and hoisted the flag properly. Prime Minister Narendra Modi said that India will be the engine of growth for the world economy for the next three decades as the “sleeping elephant” has started to run on the back of structural reforms like GST. Addressing the nation from the ramparts of the Red Fort on the occasion of 72nd Independence Day, he listed out the pace of reforms in the last four years of his government that pulled out the country from being considered a “fragile and risky” economy to being the fastest in the world.

“As we celebrate this festival of freedom, my heart goes out to those brave martyrs of the soil and their families who gave the supreme sacrifice to protect our motherland. “-Defence Minister Nirmala Sitharaman 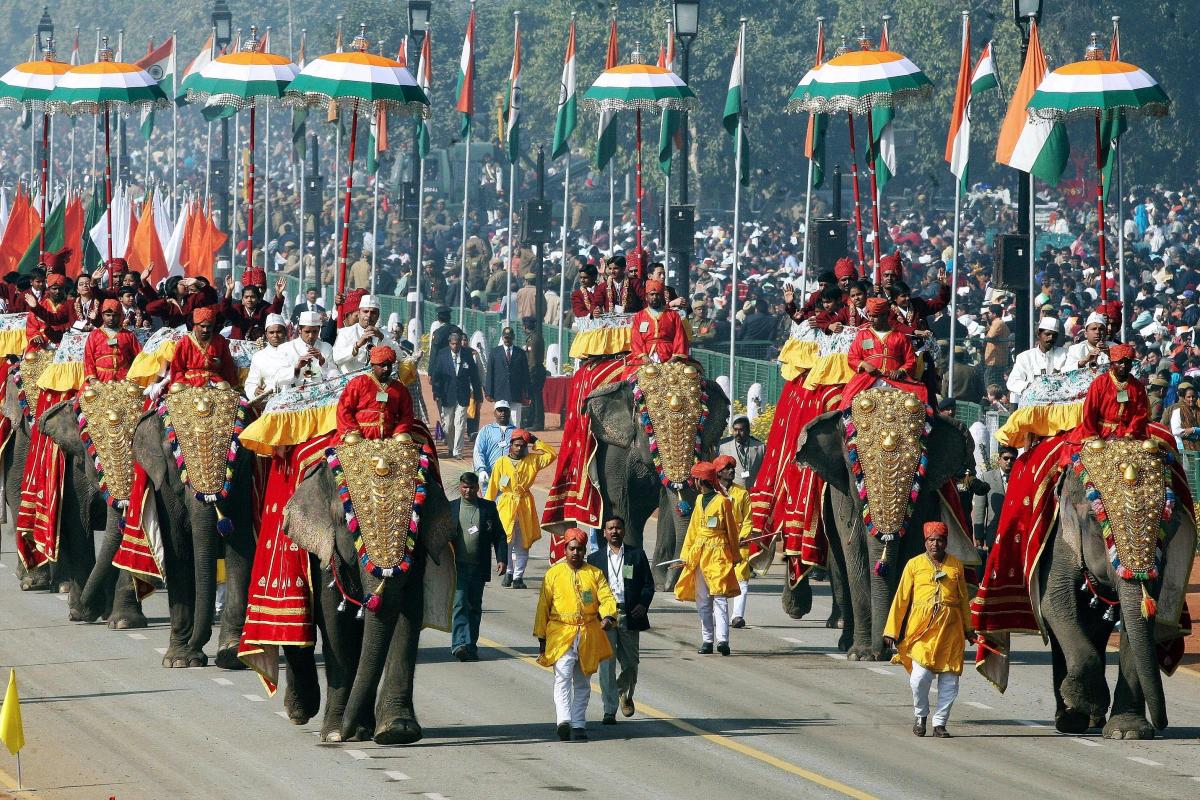 After security personnel in India and Bangladesh border, Pakistan Rangers and BSF exchange sweets at Attari- Wagah border on the occasion of Independence Day today.

Indian and Bangladesh security personnel exchanged sweets at the border on Independence Day on Wednesday. Earlier, ahead of the Independence Day, Indian authorities had asked security forces to increase vigil along the international borders with Bangladesh and Myanmar, officials said on Monday. Border Security Force troopers are guarding India’s border with Bangladesh while the Assam Rifles are deployed along the country’s frontier with Myanmar. 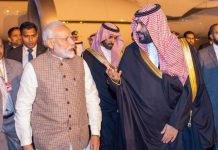 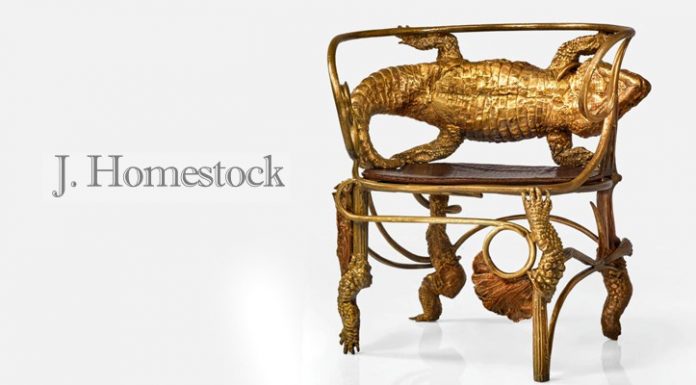 How to Decide Where to Donate Your Money. World Humanitarian Day 19th August.

Are you thinking of buying property in the Principality of Monaco? Here is your...