Home Lifestyle How Many Engines Should My Private Aircraft Have?

Dassault are well known for their Falcon 900 & Falcon 7Xs tri-jets. These are long-haul aircraft and if you are flying a lot over the ocean, the three engines do offer a distinct advantage. Contrary to what most people thing the three engines vs two is not a safety issue. Aircraft engines today are very reliable, compared to 30 years ago.

When flying with just two engines, commercial aircraft have to adhere to ETOPS. ETOPS stands for Extended-range Twin-engine Operational Performance Standards, a rule which permits twin engine aircraft to fly routes which, at some point, are more than 60 minutes flying time away from the nearest airport suitable for emergency landing. So flying a Falcon 7X allows you to get more direct routings over large bodies of water.

What about the two engine vs one engine debate?

The Pilatus PC-12 is a very popular single-engine turbo-prop with a very large cabin and super cargo door. The PC-12 has a far lower probability of failure than any single engine made. A low time pilot has a very high probability of killing himself (herself) despite a perfectly flyable aircraft after the fact due to inappropriate management of the situation.

The argument that single-engine aircraft are less safe than multis is based on the presumption of engine failure.

However, modern turbine engines are so reliable they are rarely the primary cause of an accident or incident.

According to an NTSB report, when engines do fail, serious injury or death is four times more likely to occur in a multi-engine turboprop aircraft than in a single due to sudden asymmetric thrust.  Single-engine aircraft don’t experience asymmetric thrust, and they typically have higher glide ratios and can land at slower speeds.

As reliability has improved over the last century, airlines have specified fewer engines on new aircraft designs.

A Twin turbine has to use the smallest engine possible running at the highest power close to its maximum thermo dynamic rating in order to offset the inefficiency of having TWO engines.

Due to the lower power required of the motor it is highly likely that you will get 15,000 hours out of the engine without any significant replacement costs aside from your hot section inspection costs. Cruising at LRC (Long Range Cruise) up to LRC +15kt range will insure the lowest turbine creep unit rate and virtually eliminate machining of the turbine ring during hot sections. Fuel flow at this range is around 240-260lbs an hour fuel burn depending on temperature.

The PC-12 in contrast uses an engine rated at 1600hp, it is rated to run at 1200 hp for take-off and 1000hp at maximum continuous. However, if you operate a PC-12 taking into account fuel/time/cost etc you find that the actual power setting is around 800hp or 1/2 the engines power rating. This nets a True Air Speed (TAS) of around 240-250kts and double the range of any turbine twin.

The PC-12 to date has the lowest failure rate of any turbine built, with just two documented failures since I last checked, both were low time aircraft.

Bear in mind that 70% of PC-12s sold and operated in the USA (largest market) are flown by owner/pilots. I always stress to owner/pilots to get the proper training and have a professional pilot accompany them as often as possible. This is still a high-performance airplane and needs to be flown in a certain way.

The other issues revolving around the engine were not failures but failures to follow procedures to maintain power sufficient to continue flight. This was obviously a pilot training and/or attitude problem. Often with pilot/owners, you get people with inflated egos. This happens because of the combination of being a pilot and owning the aircraft. Humility is trait that will always keep a pilot flying safe and for a very long time, remember safety needs to come first.

With a PC-12 using “ETOPS” type flight planning insures that you are always within glide range of a suitable airport. With a 20:1 glide ratio a twin engine will be on the ground after an engine failure before a PC-12 lands with its one engine out. In other words, you will not be cruising in the mid teens, instead most flights east will be at FL280-300, westbound mid to low 20’s depending on winds. It’s a high altitude airplane unlike most twins that cruise in the mid teens to low 20’s to get maximum Indicated Air Speed (IAS).

When you factor in range, cabin noise, comfort and utility the PC-12 is a tough airplane to beat with the lowest direct operating cost per hour, the savings alone depending on utilization will make the airframe payment vs an aircraft 1/3 its purchase price with two engines.

A PC-12 is the perfect aircraft if your flying sectors that are 600-800NM long and you like the flexibility of being able to land on unpaved runways. If you are flying coast to coast in the US you will need a twin engine jet. Which one? This will depend upon a number of factors…

Fabrizio Poli is President of Maple Jets Group. He is also an accomplished Airline Transport Pilot having flown both private Jets and for the airlines. Fabrizio is also a bestselling author and inspirational speaker & has been featured on Russia Today (RT), TRT World, Social Media Examiner, Bloomberg, Channel 5, Chicago Tribune, Daily Telegraph, City Wealth Magazine, Billionaire.com, Wealth X, Financial Times, El Financiero and many other Media offering insight on the aviation world. Fabrizio is also regularly featured as an Aviation Analyst on Russia Today (RT) and TRT World. Fabrizio is also aviation special correspondent Most Magazine. Fabrizio is also considered one of the world’s top 30 experts in using Linkedin for business. You can tune in weekly to Fabrizio’s business Podcast Living Outside the Cube available both in video & audio. You can also follow Fabrizio’s aviation videos on Biz Jet TV  Fabrizio is also a published author. 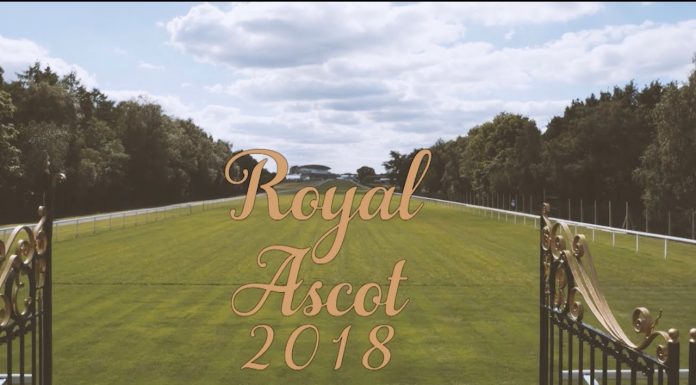