Home Philanthropy For The Love OF All Humanitarianism In Latin America

Evidently in recent years, there has been economic growth in Latin America and an increase in investments, which has generated in part a better quality of life, but as the common factor in all Latin American countries, unfortunately, persists the extreme inequality in social and economic.

Please, let’s review some data and reports from economists and different sources:

The emerging economies will increase the pace as activity in the People’s Republic of China stabilizes, and the large economies dependent on raw materials will come out of recession (Russian Federation and Brazil) or gain momentum (India).

Worldwide, the economy will grow only 3.7%, also below what I expected, with the US trade war. And China as a backdrop.

The recession in Argentina and doubts about Brazil’s future led the IMF to lower its economic growth projections for the region. In Brazil (1.4%) and Argentina (-2.6%).

If we talk about the giants, the regional economy has two big engines: Brazil and Mexico.

Mexico is in a more favourable position, given that its forecast was lowered to a lesser extent than Argentina and Brazil. Its economy will grow 2.2% in 2018.

Venezuela, whose economy will fall -18% and its hyperinflation projected for 2019 reaches the historical figure of 10,000,000%. And on the opposite side, it increased its growth projection for Bolivia, Peru, Chile, and Colombia.

Bolivia has had a sustained economic growth in recent years, which has allowed it to reduce poverty until near of about 40% and accumulate abundant international reserves. In 2018 the Bolivian economy could expand by 4.3%.

In the case of Peru, the country’s recovery is viewed positively; in 2018, the expansion forecast by the IMF is 4.1%.

If Chile grows 4% this year, it would be the highest rate since 2013; the IMF anticipates that the Chilean economy will slow down in 2019 with a growth of 3.4%.

For Colombia, the agency gives encouraging expectations that raise growth by 2.8% for this year and 3.6% for next year.

Globally, external shocks have increased in the world, and any negative turn in emerging economies could pose a threat to developed countries.

The fiscal situation in 29 of the 32 countries of the region “continues to be precarious”, more so in South America, where only Uruguay, Colombia and Paraguay save the note this year, thanks to the primary surplus (income minus expenses, without counting public debt) that will register at the end of the annual period.

But the economic reports of each Nation in the last decades have been accurate?

With the tremendous natural wealth have Latin America, should there be poverty?

What is the background of extreme inequality indeed in Latin America and part of the world?

Why there is poverty, suffering, lack of financial freedom?

The cause is not money; it is not trade, it is not climate, it is not natural wealth, it is not economic policies, it is not other countries, etc. The background that we continue to live in Latin America and part of the world with most of the population enslaved and much of it in poverty is the mentality that unfortunately continues to exist.

We live a situation like the days of slavery of the Hebrews in ancient Egypt, only with the difference that the slaves are now of several different origins.

It is necessary that this change so that we can all live with financial freedom and freedom in general.

And how is this goal achieved?

With a straightforward formula: Brain + love and with investments in sustainable economic, humanitarian projects.

Justice, happiness, and freedom in the world depend on us.

We alone are responsible for the decisions we make that affect or benefit all of us, we already have the two elements necessary to create love bombs to eliminate unjust suffering and slavery.

For future and direct investments, not only in Latin America but throughout the world, one must raise one’s eyes a little to realize that wealth is not only found in the material, in the economy, in the figures.

True and infinite wealth is found in the most excellent opportunity that human beings have at present, which is to eliminate the unjust suffering of human beings (especially in abandoned babies which are most unjust), animals and nature.

Sustainable macro-economic humanitarian projects must be set in motion with the aim of giving workers and executives decent wages and salaries and that the owners of these companies are the investors and workers. At the same time, decent, well-constructed housing with good architectural designs should be built, each employee should be provided with a home, and these homes should be paid for by deducting a small part of the salary or salary without interest. Home from the time of the caverns has been the most elementary for the human being to have tranquillity and develop without worries.  Humanely, after water and food, a home is the most elementary for a human being, but counting on the latter, the other two elements are achieved with more tranquillity and ease.

Fulfilling this objective that we all have financial freedom and include the protection of animals and nature, wealth will be infinite, not only materially, the earth will be renewed, there will be no diseases, and there will be no borders. Yes, we can, little by little.

Also individually or in groups, let’s have objectives to release the suffering to as many people as possible starting with one, with the recipe mentioned.

That is the goal of money at present, in the sad reality that most of us live, is to invest in a sustainable humanitarian business with the aim of giving financial freedom to everyone. Money exists in infinite quantity.

With financial freedom we will appreciate the colours of what matters that we cannot see now and be honest and infinitely happy and we will see the material as something natural, it will not reign in our hearts, and it will not be cause for concern nor of all the ills that exist today.

The results are infinitely more profitable and positive in general, applying this simple formula with love in its essence.

These strategies must start-up in the immediate future in investments around the world.

Take care that all the children of the world feed themselves adequately in their first stage of life, mainly from the first month of gestation, first year onwards. The human brain is the most considerable capital in the world.

Educate students from the first level with subjects according to the aptitude and ability of each one, specialize them in professions that are happy, that will allow them not to lose time and energy, they will have maximum performance and personal self-realization, this will create a productive human engine with the maximum potential.

It is necessary to teach that what each one does in his profession and work for what he has the aptitude and that gives him happiness has no difference with what another does at a higher or lower level.

Eliminate drug trafficking, which is the greatest harm to humanity that encourages human trafficking and kills life and the positive future itself from the deepest.

Do management to prevent and eliminate uncontrolled births, must control it so that there is no unnecessary suffering and imbalance so that it does not affect the humanitarian, economic objectives, making it more difficult of eliminating unjust suffering and inequality more difficult.

“Perhaps we are not yet ready to make a bomb of love, an artefact powerful enough to destroy all the hatred, selfishness and greed that plague the planet. However, each carry within them a small but powerful generator of love whose energy expects to be released.

There is a potent force; this universal force is LOVE. Albert Einstein.”

Luis Daniel Aguirre Moreira specialises in Business Administration and Economics. He has worked in Bolivia, United States, Uruguay, Spain, and the UK. Currently he is Country Manager of AIDEH Global in Bolivia, and E-Global Financial Agent of BERVANN CAPITAL US. He unconditionally supports sustainable businesses, education, and his goal is to help eliminate the unjust suffering of humans, animals, and nature. 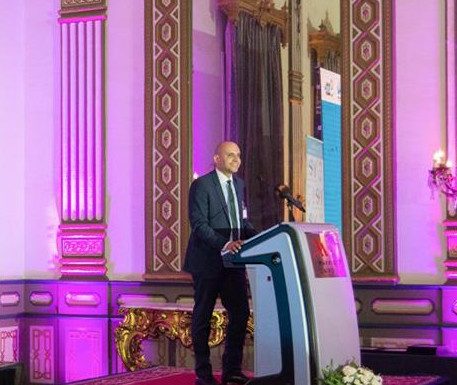