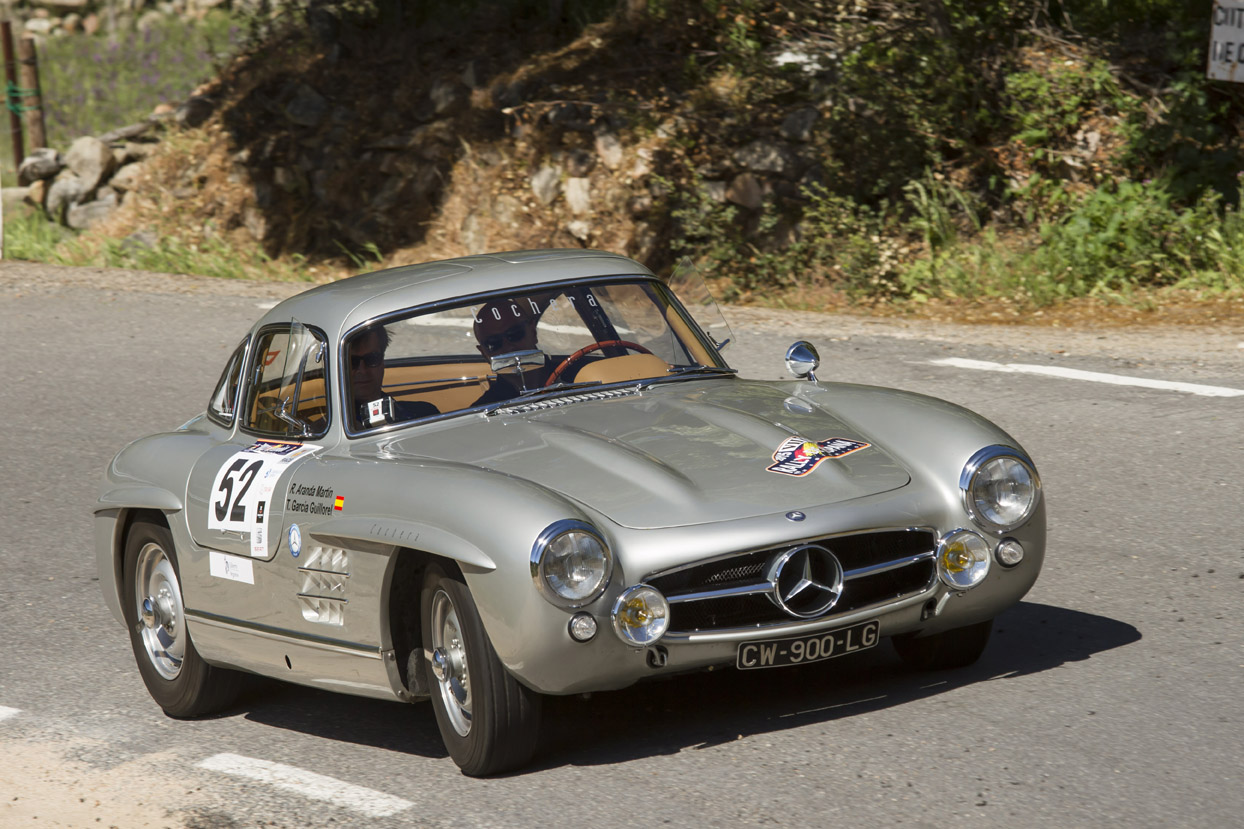 Concours    This Gullwing has been fully and exhaustively restored from

A Unique and Unusual Car History

The car was supplied new on the 22nd of September 1955 (delivery note n° 66599), to Mercedes-Benz Distributors USA of New York City, NY. The original color was red (DB 534 G) with black leather interior (DB 953). The car was then sold to the first owner, Mr. Heckler of Springfield, Ohio, who kept the car in his possession until 1972.

When Mr. Berthold Rückwarth acquired the car, it was still held in its original livery, but he made the decision to make it repaint in the standard 300 SL color, metallic silver grey (DB 180).

Probably the unique Gullwing in the world with a new factory aluminum engine manufactured in 1965, two years after the end of the production of the 300SL.

The engine aluminum blocks were 44 kg lighter – Rudolph Uhlenhaut made implement this recommendation for competition use in 1952 – and thus the last 210 “300 SL Roadsters” received such an engine, between 1962 and 1963. The last 300 SL Roadster was manufactured on the 8th February of 1963.

Very important: the new block was delivered with no plates and no stamps in the usual engine places !

It is currently known the normal rule was such that the plant had only a few engine units manufactured in advance – sic Daimler Classic Center in Paris.

Not only this engine is much newer – the restoration showed the crankshaft was absolutely not used – and really less heavy, around 44 kg, but it is more powerful (with 240 HP @ 6.000 rpm, as the last engines had the NSL or Sports camshaft as standard, as well as numerous improvements). 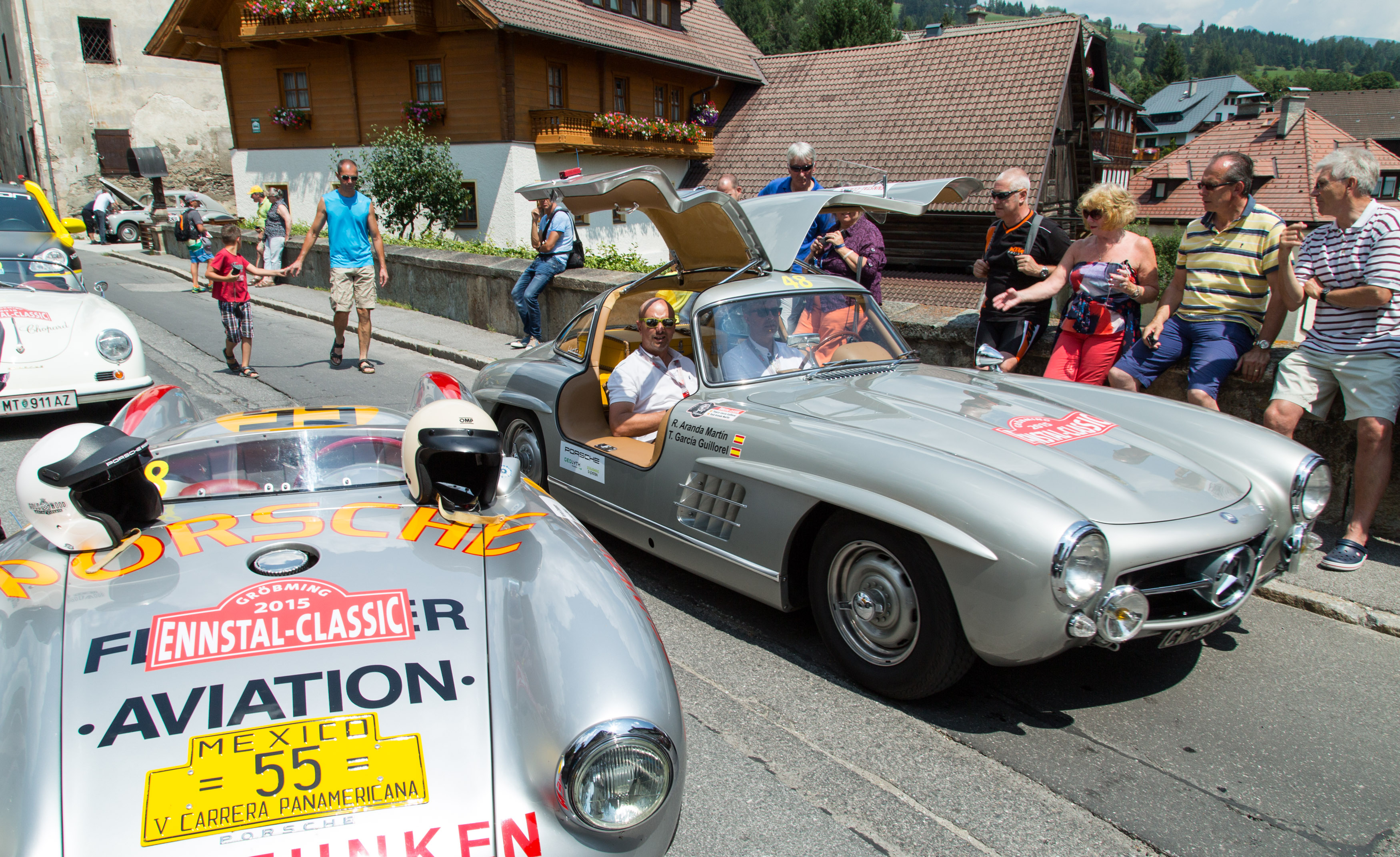 After these replacements, the odometer was reset and Mr. Berthold Rückwarth covered a mere 10,000 km in 31 years.

In spring of 2004, Mr. Axel Schütte of Oerlinghausen in Germany prepared the car and became the 3rd owner. He made the decision to make it fully mechanically overhauled because the car was going to participate in this year’s edition of the “Mille Miglia Storica”: the pilot was Mr. Volker Staüch, formerly Managing Director of Daimler Fellbach mill, and the co-pilot was a well-known German industrialist, M. August Oetker[2]. The car absorbed the 1.600 km road-race without any problems.

On the 21st of March of 2007, the car was registered by Mr. Jörg Pilawa from Hamburg, a well-known German TV star, and later, on the 16th of February of 2010, it was registered in the United Kingdom by a French collector, Mr. Gérard Molins.

Finally, the current owner, a Franco-Spanish collector, bought the car on the 21st of May of 2013 with 76,884 km recorded on the odometer. He is thus the 6th owner and has driven the car for approximately 18.000 km before he commissioned in 2014 a mechanical and electrical restoration and in 2016 a full frame-off restoration to reach a Concours condition. 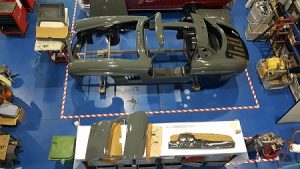 This full frame-off refurbishment was entrusted to Cochera Clásicos, the well-known Spanish Mercedes-Benz classics specialist in Madrid, Spain, who is used to working for Germany specialist dealers and private owners.

The car was completely dismantled and cataloged with photos (more than 1.600), while the body was placed on a rotisserie for manual body sanding and minor shaping corrections that were followed by a deep refinish in graphite grey paint (DB 190). The frame was taken down to bare metal and properly epoxy-coated, and the suspension, brakes, and electrical systems were all rebuilt as needed. HK-Engineering provided a correct, reversible and complete front disc brakes kit. The engine and transmission were removed, disassembled, and rebuilt, and many parts were sourced from Daimler AG, HK-Engineering and Kienle in Germany.

The interior was reupholstered in proper tan leather for an outstanding color contrast, while a new two-piece luggage set was sourced in either in yellow and in the matching interior color.

The list below gives a few details of this restoration process: 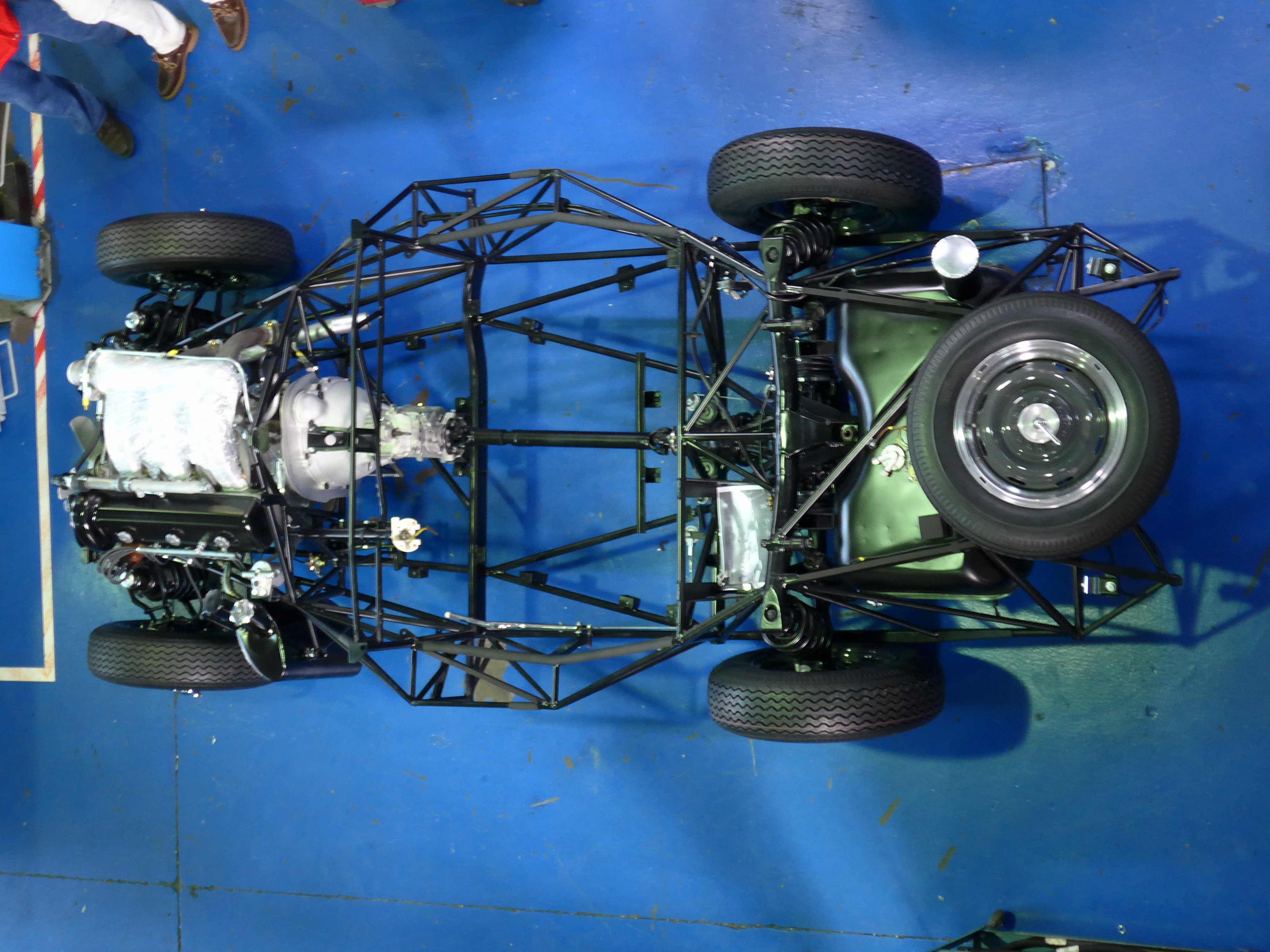 The car comes with a set of tools, its Daimler Data Card, the original Instruction Manual, the Catalog C, the Production Program, a Type 300 SL sales brochure, a Type 300 SL workshop manual copy, a GullwWing Group technical tips binder, the book of the 2004 Mille Miglia Storica with pictures of the car, its FIVA Card, etc.

Here are some of the options at the time of delivery, described in the Data Card: high-gloss paintwork, instruments with English inscriptions, sealed-beam headlights, bumpers equipped with horns, right door with door-lock and windscreen washing system.

A pre-wiring for the radio has been installed as well as original speakers.

For six years now, we have been collecting exclusive, enticing, desirable rare cars across the globe. We have been taking care of them through a special effort process with a partial or a full and valuable restoration practice. This has helped us to assemble an evolutive portfolio of absolute Classic Cars as well as to build Our Classic Car Legacy. We have the passion, and of course, we have been enjoying our cars fully.

[1] At the end of the 60s and beginning of the 70s, a few 300 SL – some Gullwings as well as some Roadsters – benefited from new main components which were still available. As examples:

[2] The details of this participation are reported in the book of the 2004 Mille Miglia Storica. 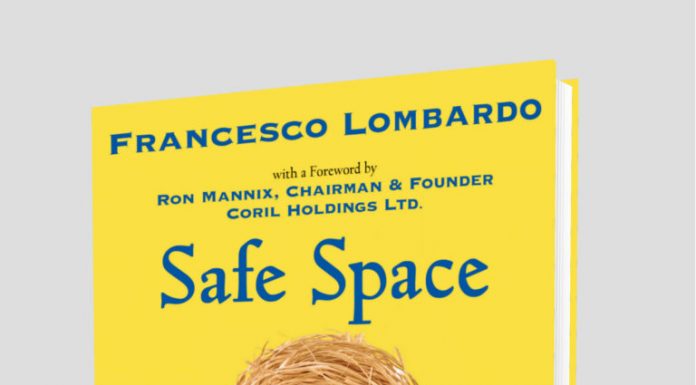 DINNER DATE ON A PRIVATE JET? Inside the Jet-set world of Billionaire Dating.  The price is never too high to find Your True...