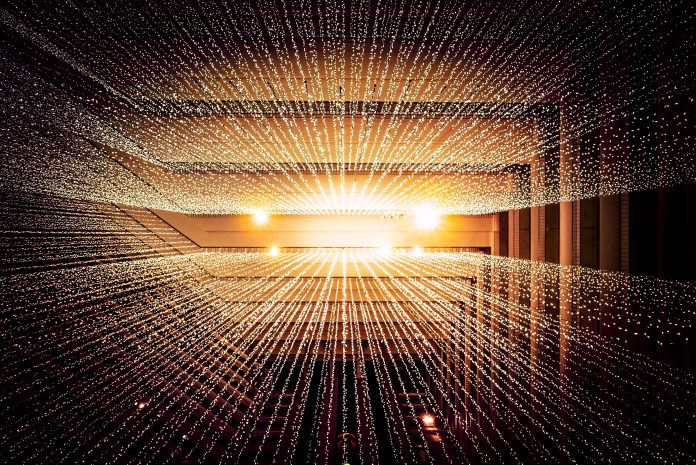 “We stand on the brink of a technological revolution that will fundamentally alter the way we live, work and relate to one another. In its scale, scope and complexity, the transformation will be unlike anything thing humankind has experienced before.” – Klaus Schwab on The Fourth Industrial Revolution

How accurate are those words when we look at Blockchain, that is being termed as one of the most disruptive innovations in technologies of the Fourth Industrial Revolution? In simple words, blockchain is a public ledger where all committed transactions are stored in a list of blocks that are immutable and verifiable. This chain grows as the new blocks are added to it. What makes blockchain different from the other available technologies is the fact that it’s decentralized. In blockchain, each record is shared by computers, that are known as “nodes,” throughout the network that support the blockchain instead of the same being kept in one location. A blockchain ledger exists simultaneously at multiple computers (nodes) on a peer-to-peer (P2P) network as against the same being stored at a centralized location. The transactions can be quickly added in the chain, and invalid transactions are thrown out. Once a transaction is added in the block, it’s challenging to delete it or modify it. The users of blockchain can maintain their privacy in blockchain to a great extent by hiding their identity behind the generated address. The transactions in blockchain not only have built-in trust due to a consensus mechanism but could be easily verified and tracked.

One of the fundamental attributes of blockchain is that information on blockchain is distributed to all nodes on the network rather than the same being controlled by a selected group of users. It is, therefore, perceived to be less susceptible to any fraud than in case of centralized systems. Moreover, blockchain users don’t need an intermediary or a traditional trust-based relationship to execute a transaction because the trust is in-built in blockchain itself.

The network of these nodes validates the transaction, which can involve cryptocurrency, contacts, records or other information, and the user’s status using the algorithm. Once verified, the transaction is combined with other transactions to create a block of data for the ledger. The new block is then added to the existing blockchain in a way that is permanent and unalterable. The immutable property of blockchain and its public availability among its users, whether in a public ledger or a private one, provides not only transparency but also shows real-time data of transactions.

In a blockchain technology-based network, if someone requests for a transaction, that request is broadcast to every node in the network for verification on a peer-to-peer (P2P) network and after the consensus, which is based upon the consensus algorithm, is obtained the transaction is accepted and appended as a new block in the chain. Similarly, whenever information is requested from the network, all nodes on the peer-to-peer (P2P) network are queried to provide a “consensus” answer.

Globally, Audit profession had suffered a setback when it lost “Public Trust” after the “Enron” scandal in 2001. The accounting and auditing profession started experimenting the use of technologies such as extensible Business Reporting Language (XBRL) to bring back the much-needed transparency in the process and restore that “Public Trust” with US Securities Exchange Commission mandating the use of XBRL for financial reporting in 2009.  While XBRL was being adopted in the USA, a major accounting scandal of Satyam Computers was detected in India, and Indian Ministry of Corporate Affairs also mandated the use of XBRL for financial reporting by large companies in India.

Despite rebuilding its reputation over the years, new challenges and changes in technology have changed the rules of the game.

“New technologies, such as blockchain and artificial intelligence are advancing the global profession, raising the bar and driving demand for new workforce skills and competencies.”- Russel Guthrie, CFO, International Federation of Accountants (IFAC)

Many people believe that the blockchain concept will change the entire audit process. Third party verification will not be required when the data is converted to blockchain. In such a situation, certification will not be required. They argue that the chain itself creates an automatic audit trail in real time, so if blockchain is widely adopted, there wouldn’t be a role for auditors to verify transactions conducted within blockchain. It’s true that blockchain enhances the level of trust on transactions kept on blockchain because a new transaction needs to be validated by all the participants in the blockchain eco-system. This creates a piece of reliable audit evidence, but the collection of audit evidence is part of the auditing process and not the result.

Audit can be defined as a systematic and independent process of conducting an objective examination of books of accounts, vouchers, other records and internal processes of an entity in order to determine whether the Financial Statements prepared from the said books of accounts present a “True and Fair View” of the ‘state of affairs’ of the entity on  that date, it’s ‘Profit or Loss’ and cash flows for the year ended on that date. The said examination of an entity’s books of accounts is based upon a predetermined set of rules more commonly known as Accounting Standards or Generally Accepted Accounting Standards.

Traditionally, the auditing process is a time-consuming exercise involving verification of audit evidence of transactions between the company and third parties that require manual efforts from the auditors. Since auditing financial statements is an annual ritual at the close of every financial year, the process becomes quite hectic due to time constraint for submission of audited financial statements to investors and regulators. Integrating emerging technologies like blockchain/DLT into auditing process could help automate the process and speed up verification time and help overcome the current pain points in the audit.

The world’s four biggest audit firms – Deloitte, Ernst & Young, KPMG & PricewaterhouseCoopers (PwC) have teamed up with 20 banks in Taiwan to test a blockchain based solution, on a pilot project basis, for auditing interim financial reports of public companies. The said solution will allow audit firms to conduct external audit confirmation for a group of selected companies that are traded on the Taiwan Stock Exchange. A term used to describe the process of collecting and verifying audit evidence for a group of companies. Conventionally, external confirmation is conducted manually by the auditors to verify the correctness of transactions done by the company with third parties.

The development of the pilot phase involved a partnership between the bank consortium and Taiwan’s Financial Information Services Co (FISC) which seeks to leverage essential features of the blockchain like immutability and decentralization to a create new and secure system for automating the verification process of auditing companies. Under this new platform, public companies’ transaction data are transferred to a blockchain, where the banks participate as validators, and the data is accessible to audit firms. If successful, it’s predicted that this new approach will speed up external confirmation time from the typical two weeks to “within a day,” since audit firms will be able to access and evaluate the financial status and fiscal health of companies in real time.

PwC, a member of the audit ‘big four’ has been very keen on developing blockchain projects. In April 2018, the company unveiled a blockchain validation solution which combines proprietary continuous auditing software with a pending patent risk framework. The project focuses on providing risk and control measures for private businesses operating in the blockchain space. The validation software was deployed in a limited set of use cases to verify its performance and test for irregularities.

The success of this blockchain validation solution and many other blockchain based projects continue to prove that blockchain technology is a valuable solution for many of the world’s centralized problems. A recent study on blockchain technology conducted by Deloitte has concluded that it will eventually become “a standard operational technology across the financial, manufacturing and consumer industries” and the businesses that ignore the technology are “at risk of falling behind.” Whether the motivation is fear of losing out or a drive for piloting innovation, the blockchain ‘gold rush’ is currently seeing a tremendous surge in ground-breaking solutions across a wide range of industries.

As with any new technology, blockchain, a new decentralized public ledger system also brings new risks, e.g. the consensus algorithms that are at the centre of the blockchain and biases of those who create them. We need to identify the risks involved in blockchain eco-system, identify the controls that are put to mitigate those risks, make an assessment as to whether those controls are working or not, use control tests or substantive test where required to be able to frame an opinion. Accounting bodies around the world are examining the implications of blockchain on audit, and it’s reporting. Accounting professionals will also need to add new skill sets to be able to work around this transformative technology

CA Vinod Kashyap, B.Com.(Hons.), FCA, DISA (ICAI), is Co-Founder and Director of NexGen Knowledge Solutions Private Ltd. He is on the panel of experts at UN/CEFACT. He has plus 30 years of quantifiable experience in Industrial and professional working, Accounting, Internal Audit, Information Systems Audit, Digital Financial Reporting.

He is co-author of paper titled “A Field Study Examining the Indian Ministry of Corporate Affairs XBRL Implementation” published in Journal of Information Systems.

He has also provided valuable inputs on XBRL and EDIFACT in Master Thesis “Factors affecting Standard Dominance in the battle between EDIFACT versus XBRL Data Exchange Standards in India” submitted for Master of Science in Management of Technologies at DELFT University of Technology, Netherlands.

He speaks on Digital Transformation, RegTech & Blockchain / DLT in National & International Conferences/Workshops on a regular basis. He has made a presentation on “Digital Tax Administration System” in 41st World Continuous Auditing & Reporting Symposium (WCAR) held in Spain on Nov 9 & 10, 2017.

He also made presentation on “Digitalization of Tax Administration System for VAT” in Kuwait VAT Conference held on May 2 & 3, 2018. He was invited by American Accounting Association to speak on “RegTech in India” in Transformative Technologies Workshop (Annual Conference – 2018) on Aug 3, 2018 in Washington DC.

He made presentation on “Demystifying Blockchain” at Kuwait FinTech 2018 held on Oct 23- 25, 2018 where he discussed about auditing Blockchain transactions.

He is a faculty at National Academy of Customs, Indirect Taxes & Narcotics (NACIN), Mumbai where he was invited to speak on “Digital Tax Administration System for GST” on Oct 16, 2017. He was also invited by NACIN, Mumbai to speak on “Data Analytics in GST” on April 23, 2018.

He conducts workshops on Digitalization of Taxes & Blockchain / DLT in India which are attended by CFOs/Senior Finance Executives. 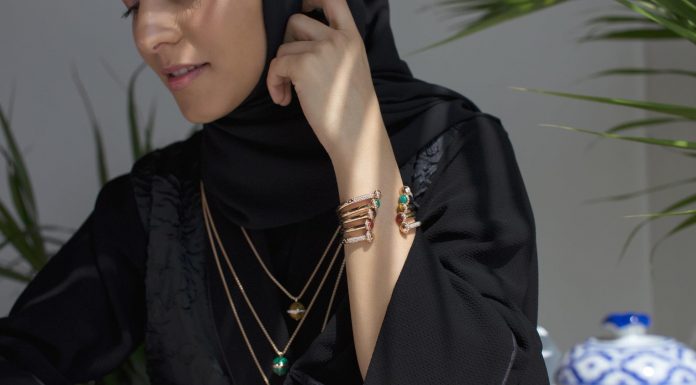 Tax Administrations and Digital Economy: The future is today