One area of importance for almost every $100M+ net-worth family is how to leave their legacy through philanthropy.

Many face questions of how much to give, to whom to give it to, how to organise those gifts to ensure they are put to good use, if these gifts are tax efficient for the family, and how to align all of these variables for a cause in which they genuinely believe.

As some of you may know I grew up trailing my father as he raised over $1B for non-profits such as hospital foundations, universities, etc. so I have been, when possible, taking notes on how the families I engage with are managing their charitable giving. So, with years of exposure to major giving and philanthropy, I have a special interest in tracking how the families I engage with manage their charitable giving.

According to a 2014 philanthropy report by Arton Capital and Wealth-X reveals that the typical ultra-wealthy philanthropist donates US$25 million over the course of his or her lifetime, is 64 years old, has an average net worth of US$240 million, and an average liquidity of US$46 million.

These are some of the findings of the inaugural Wealth-X and Arton Capital Philanthropy Report 2014 that examines the full spectrum of ultra high net worth (UHNW) philanthropic activities, identifies trends in UHNW giving, provides the profile and traits of ultra wealthy philanthropists, and highlights their motivations in contributing to charities across a range of areas and sectors.

The Wealth-X and Arton Capital Major Giving Index, which tracks trends in UHNW charitable giving, shows that the level of traditional philanthropic donations remains strong. The index has risen in the past few years, reaching a level of 220 in 2013 – making it the strongest year for UHNW giving since the 1997-8 global financial crisis, and only 12 points below the all-time high of 232 in 2006.

However, the report reveals that UHNW philanthropists are expanding their philanthropic approaches and activities, shifting from major giving towards self-sustaining projects and entrepreneurialism.

One of the chief concerns that I have seen families struggle with in giving is determining the ROI or the impact their donation is making. Families are consistently asking, how good of a steward is the non-profit that receives my donation?  Many non-profit organisations struggle to attract great talent due to budget restrictions and private sector demand.  To address this concern in a hands-on fashion, some families end up creating their own foundation to support their philanthropic activities and ensure that there is proper stewardship over the funds.

It is far easier to track the number of charities and foundations in the U.S. compared to the rest of the world because here the IRS requires these organisations to file. In the U.S. there are more than 80,000 private foundations.(1) The IRS reported in 2010 that the total number of charities and private foundations exceeded 1.2 million. There are thousands of foundations that exist today and thousands more charitable organisations and foundations launch every year—that same IRS report noted that the IRS approved 42,484 applications for charity status in 2009 alone. (2)

Many of these new foundations will never be mentioned in news articles, press releases, or publicised to other families, as most have no motivation to do “marketing” as part of their mission in leaving the family legacy.

Yes, admittedly, some families have used very public charitable acts to boost goodwill for their associated family brands, but most family foundations fly under the radar, such as the several foundations ran by a U.S. $1B+ family for which we just ended an executive search.

One problem we have seen is an increasingly inefficient landscape of foundations, many with similar or synergistic causes.  Our thesis is that there could be more done through collaboration, communication, sharing of resources, and oversight if the industry were organized on a higher level.  For example, if there were 7 foundations in the state of New York all providing cancer research funding, perhaps a family who just sold their holdings for $1B could contribute to one of the existing 7 foundations (assuming it has been properly vetted), instead of creating foundation #8 with a separate team, infrastructure, financial controls, staffing, etc.  Right now, there is no easy way for ultra-wealthy families to identify leading family-run foundations.

Of course, the challenges of trusting your money to be invested by another’s family foundation are not insignificant. These challenges include:

Transparency: Concerns may arise around use of the money, hiring of family “staff” (and general compensation of staff), and processes around spending, governance, and the focus of where and how donations will be made.

Pride & Legacy: If you give your money away to another family to manage, how does that change the family legacy, level of pride, and the ownership of the impact of that money getting put to use for a good cause?

Vetting & Due Diligence: While there could be cost savings in donating your family’s money to a cause through another family’s foundation, how do you vet that other foundation, conduct your due diligence on it, and approach that challenge as a project? Do you use outside consultants? What would that process look like?

Alignment of Values & Mission:  Even if you are able to find another family who has established a foundation targeting an issue in which you believe in, it is likely that there will be differences in values and mission still. You may hold a different view on the way a foundation should give money, the structure of those gifts, or the selection criteria a foundation should employ in determining funding recipients.  While this may not mean an entire separate foundation is needed, it can lead to anxiety and fears over whether the foundation is mis-allocating funds. This misalignment can also lead to a perceived lack of respect for the desires of the family coming into the foundation later in the game.

By improving the efficiency of the non-profit world, we will help grow donor trust in philanthropic institutions ensure that charitable dollars go further, and ultimately impact the world in new and exciting ways.  To explore the rest of our site please see the following options: 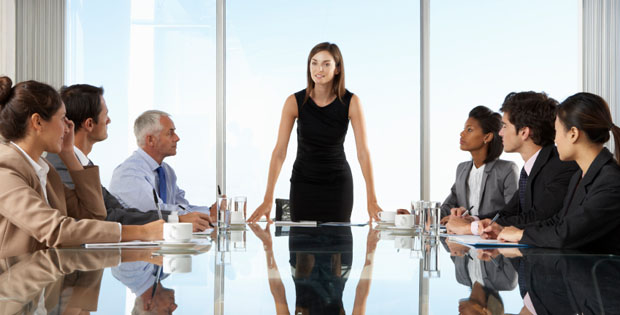 Super Summit 2018 in Miami is preparing to open its doors to family offices...

William Conway Jr., co-founder of The Carlyle Group, and his...