Home Finance/Leadership Behavioural Risks in Successions and the ‘Lucky Warrior’ 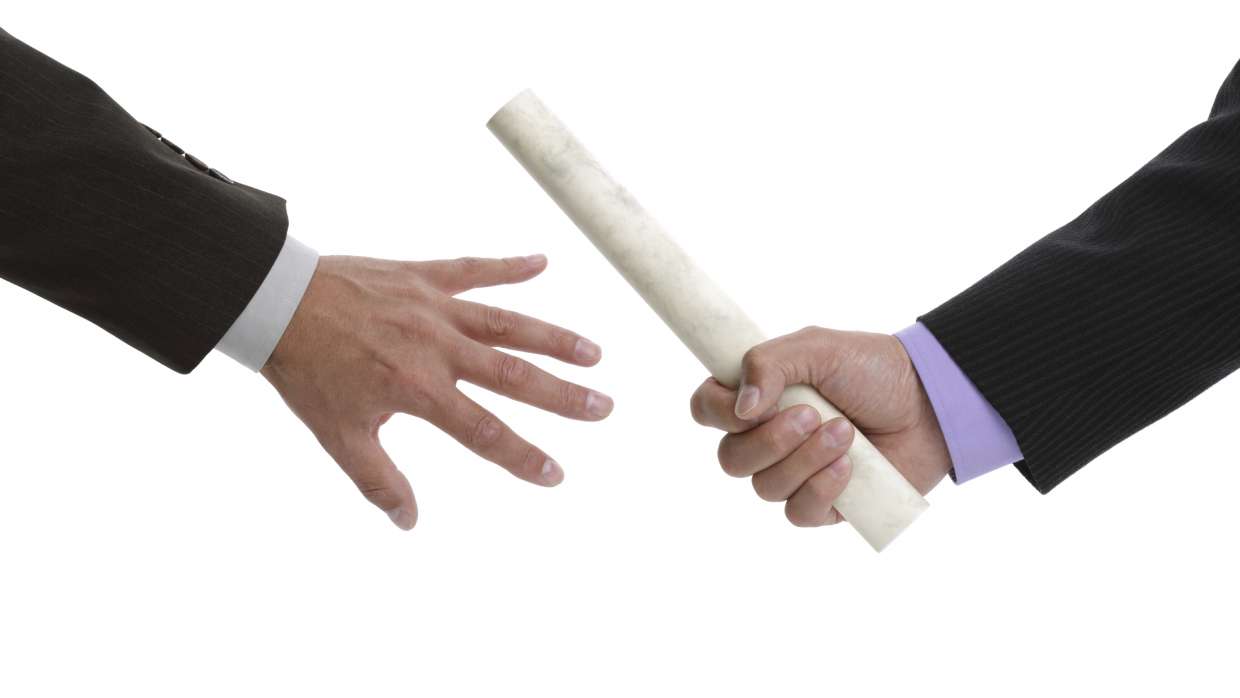 ‘Every Kingdom has a lucky warrior’ said Prince Michel of Yugoslavia in a panel discussion at the 6th Global Family Office Summit, hosted by the Ritossa Family in June 2018.

I like this expression very much because it implies that creating fortunes needs a person who is brave enough to take the risk and it insinuates, that luck is of the essence. We tend to forget the contribution of success to wealth and overemphasize our perceived skills. Our lucky warrior is endowed with what he has created: a kingdom and a family to which he wants to pass on the throne one day. Sometimes it isn’t even a kingdom at this stage but a fiefdom which, over generations expands into an empire. This consideration brings us to the topic of succession planning. Our lucky warrior is the founding entrepreneur and patriarch who wants to pass on the financial wealth to the next generation. Usually, succession planning is dominated by lawyers and tax advisors who help structure the wealth transition. To involve these disciplines is essential, but what about the behavioural risks? After all, financial wealth cannot be created without the contribution of individuals (human capital) respectively the ability of humans to contribute collectively and make human capital more efficient (social capital). It is conceivable that if human capital and social capital are at the core of financial wealth that they also can be the Achilles heel. The patriarch and his family live and die by the very sword that can cut the heel. These are behavioural risks all families face. They can ruin successions, regardless of what the professional tax and law advisers hatched out.

In this article, I will highlight some of the behavioural risks we need to address in every wealth transition, independent of the format (i.e., operating a business or other container of wealth and risk)

The development of wealth be broken down into two problems:

1)    The allocation of wealth

2)    The governance of wealth

The allocation of wealth

A purely rational daughter would accept any α > 0 because it is better than nothing. Many experiments revealed that human beings do not follow the prediction of that so-called, Ultimatum Game. Instead, probands refused the offer of α < 0.2 half of the time and punished the patriarch at their own cost. The acceptance rate in these games rose for α: 0.2 < α ≤ 0.5. The above shows us that human beings have something like a ‘fairness preference’ and retaliate when they feel mistreated at their own expense (altruistic punishment). Researchers even found that human beings derive pleasure from punishing others as it stimulates the reward centers in our brains. None of it is compliant with the assumption of being rational.

What can we learn from that for our allocation problem:

2)    We feel treated relatively or unfairly

Fairness is an emotion. It may be against common belief, but feelings are not innate nor do they have unique fingerprints, e.g., in our facial expressions or location in the brain. Fairness is a perceiver-dependent experience. When we categorize our feeling as ‘unfairly treated,’ we are looking for revenge which may manifest itself also in non-monetary actions that could lead to loss of, e.g., reputation for the patriarch and the rest of the family (reputational risks!). 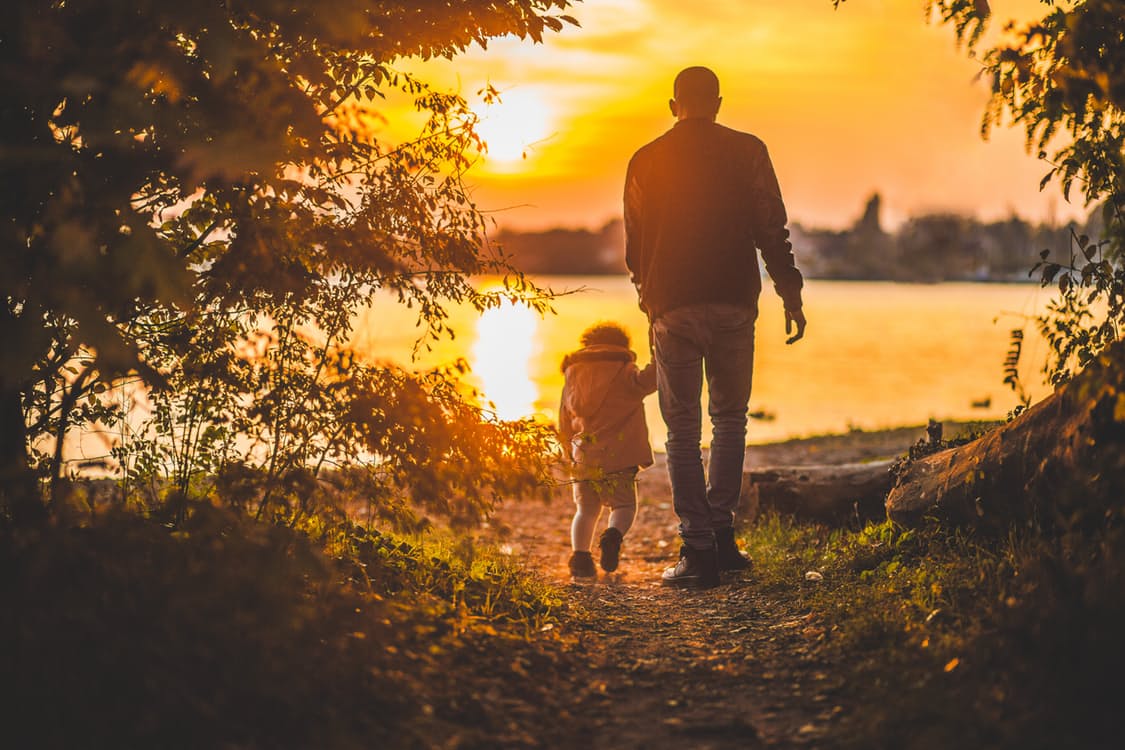 However, how do we create emotional concepts like ‘fairness’?

Human beings have four basic feelings (affects): good, bad, aroused or calm. Based on these effects, we create an effective reality where feelings become facts, and we act on them (effective realism). However, evolution has equipped the human race with creating emotional concepts that we use to categorize our feelings depending on context and our goals. The creation of these emotion concepts as part of our personal and social reality is driven by our belief-system, as well as others and become an integral part of us. Belief-systems generally drive us human beings and can differ significantly from individual to individual as well as over generations in the same family (belief-system asymmetry). We, humans, tend to be ‘trapped’ in our different belief-bubbles, which can hinder agreements, e.g., on what is ‘fair.’ After all, ‘fairness’ is a socio-emotional concept which is constructed by our belief-system which has many influence factors: social environment, upbringing, education, and cultural evolution. Emotion concepts are also handed down from generation to generation which is highly relevant, especially in a primogeniture succession context, which is still prevalent in the world of aristocracy. In this case, it is fair what has been done for generations and without preference reversals of individuals, it is less likely to lead to retaliation attempts. Members of families who grew up in a world of meritocracy are more likely to react adversely if a primogeniture succession strategy would be applied because, in their belief system, a pure primogeniture succession strategy wouldn’t be ‘fair.’

With that in mind, we can say that there is no such thing as ‘fairness’ per se. Fairness is a constructed concept and a categorization that solely exits in the head of the beholder. It means that truth or rather the perception of justice and other emotion concepts can be reconstructed and thus, re-categorized to mitigate behavioural risk exposures in family dynamics.

The Governance of Wealth

The situation is a Principal-Agent problem under the assumption of irrational players. The irrationality starts with the well-established endowment effect, a position where human beings think because they already own an asset respectively built it (IKEA effect), it is worth more than the market price. The patriarch is prone to overvalue his company, in particular concerning non-monetary values and, the successor is more likely to apply (lower) market standards. With that in mind, the patriarch becomes the principal who mandates the successor to manage the wealth with a delegation rate of ẟ: 0 < ẟ ≤ 1 and the successor becomes the agent who accepts the delegation rate of ẟ, the patriarch retains (1-ẟ). This may be in conjunction with a share α: 0 < α ≤ 1 in the company and the patriarch retains the interest of (1-α). We discussed the company share of α in the previous section but inevitably, it influences the degree of commitment the successor will demonstrate and may also affect the delegation rate ẟ. The more the patriarch retains in company shares, the less he might delegate. However, I think there are even more factors that drive the delegation rate ẟ and the degree of commitment the successor is willing to give. Analogous to the classical model, we have to deal with information asymmetry between the both.

The effectivity of delegation

The next questions are, what determines the delegation rate ẟ and the commitment rate λ?

The patriarch determines the delegation rate ẟ. He’s endowed to the business he created but also to his way of doing things and his status. Like every human being, he needs significance and a need to contribute. With delegation, he invests trust in the successor and expects him to deliver a return, not only on financial terms but also to keep and build the reputation of the business and the family, just as he had done over the past 40 years or so. With every unit of delegation ẟ, he may fear to lose the ability to contribute, and he may feel he gives up significance units and therefore, erodes his status! His endowment to his way of doing things respectively to his persona as he perceives it through his belief-system can be a limiting factor to the delegation rate ẟ.

The successors’ commitment rate λ is probably dependents on the delegation rate ẟ, as the successor can interpret it as the amount of trust invested in him, but I think even more important is the communication between the patriarch and the successor to reduce information and belief-system asymmetries. The more the successor feels treated relatively and supported by the patriarch to transmute his dreams and plans the higher λ will be. On the contrary, if the patriarch selects a high ẟ but patronizes the successor because either he does not trust him or cannot give up his self-endowment, λ will be rather low.

In my view, it would make sense to professionalize the relationship between patriarch and successor and clearly define the roles as principal and agent as you would do in the world outside family businesses with clear, objective accountabilities and the necessary transparency. Family roles should be kept separately. It is easier said than done and I’d strongly advise hiring a coach for the transition who works with the patriarch and the successor to align interests and structure the wealth transition from the behavioural side to contain behavioural risks in wealth transitions. 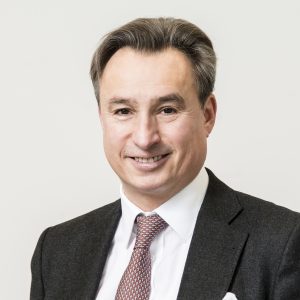 Dominik Von Eynern has more than 20 years of experience in principal investment and business development.  He comes from a business family now in the 5th generation.  Dominik began his career as a structured derivatives marketer for Merrill Lynch and Nomura.  He has since held senior positions at a volatility strategy hedge fund and a Swiss-based asset manager.  Dominik became a Partner of Blu Family Office in 2013 and manages family advisory.

Dominik holds a BA in Economics from the University of Augsburg (1997) and a Masters in Financial Engineering from the Goethe University in Frankfurt (2000).” 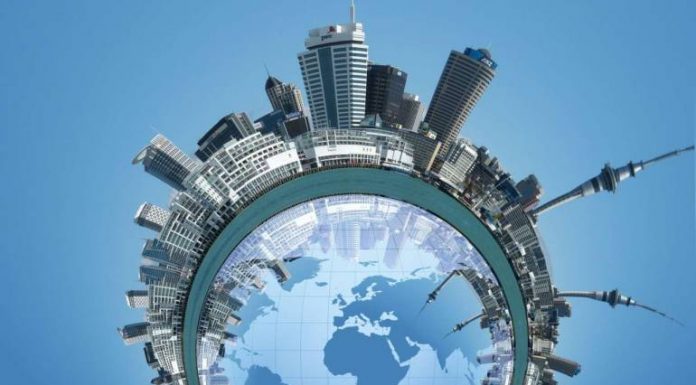 Monaco is Attracting Most Talented Tech Entrepreneurs Who Are Here to Disrupt and Change...

Are you thinking of buying property in the Principality of Monaco? Here is your...

Super Summit 2018 in Miami is preparing to open its doors to family offices...