Home Finance/Leadership Banks. The End Of An Era?

Can Fintech Avert Another Financial Crisis And Save A Billion People From Poverty?

“Banking is necessary, banks are not.”- Bill Gates

Fintech is the combination of Finance & Technology. Ever since technology has evolved, the BFSI (Banks, Financial Sector & Insurance) sector has been catching up with technology as it serves consumer demands saving time and money while also allowing for on-demand accessibility using ATM’s, Point of Sale Terminals & Internet banking, but is it enough?

The 2008 Financial Crisis, the worst economic disaster since the Great Depression had caused a ripple effect across the globe downsizing corporations, laying off employees and creating distrust among government regulators. But it was at that time that a man by the name of Jon Stein released a technology that has been in use by financial advisers and managers since the early 2000s. But they were made publicly available in 2008 for the first to the general public.

“Robo-Advisory Asset Management,” as the name suggests. is a robot but in the form of software that online advice interface to manage and balance client’s assets to avoid catastrophic losses.

The big 3’s are service providers that come from different sectors, each competing with the other on how to become the best data-driven 3rd party payment channel. What do they have in common? Mobile payments.

Telecommunication companies currently allow you to pay for utilities such as electricity, parking, and rent. As telecommunications advances with 3G, 4G and soon to be 5G, targeted ads will reach consumers faster than ever, and methods of payments are needed hence, Fintech.

Facebook, a social media platform that utilizes their Data Analytics (search history, likes, activity etc…) to directs ads based on your preferences from either in page products or external E-commerce websites (Amazon, Alibaba) utilizes its Facebook Messenger app also as a mobile payment app to send and receive money at no cost! (if you don’t mind sharing your data).

Amazon Pay is a digital wallet for customers and a payment network for merchants. Amazon has been experimenting with Fintech solutions for about a decade; it comes as no surprise that the retail giant with a market cap of 1 trillion USD would be involved in such areas.

With 3.2Billion internet users, the biggest market in the history of humanity, the opportunity to buy, sell or transfer anything on the internet with a click of a button or a swipe of a finger is unprecedented. Coincidentally the first two companies to have a 1,000,000,000,000 USD market cap is Apple & Amazon, the same ones that have their payment channels (Apple Pay, Amazon Pay).

Banks. The end of an era?

While it may sound science fictional depending on whether or not banks are late to the party, Fintech startups as opposed to a common misconception, are not significant threats to banks.  They only accelerate, even aid banks to go digital but if tech giants such as Amazon pay allow for peer to peer lending (B2B, B2C, C2C), Money remittance (transfer) & other flexible financing programs then their only struggle would be protecting consumer data privacy and bypassing state regulators, and that could result in the downfall of the bank sector.

“Banking is necessary, banks are not.” – Bill Gates

Which brings up the question, if we do give up our right to privacy for free financial transactions, will we soon be living in a Justin Timberlake “In Time” sort of movie that takes place in the future and time becomes the main currency while the 1% live forever?

But on a serious note, if tech giants are capable of achieving all this then what’s the role of start-ups?

Start-ups find solutions for what the market needs, they innovate.

Blinking, a company from Serbia offers a multi-factor authentication tool via blockchain. After inserting an alphanumeric password, the user may then choose to set up facial recognition or fingerprint scanning to further protect users.

Foloosi, a company from the UAE that offers automatic digital payment solutions converting your hand wallet to an e-wallet. The startup has three categories; Student wallets (could also be managed by the parents), individual wallets and business/organization wallets. Offering features ranging from Bill payments, Phone recharge, Store shopping and collecting rewards.

Is it a winner takes all situation?

Possibly so, but there are a few things that start-ups could pull off to have a head start.

1) KYC, Know Your Clients & Loyalty Programs are the most efficient way to retain customers, one example would be the Entertainer App which offers 2 for one products/services in exchange for a fee at the beginning of the year (depending which package you opt for).

2) UI/UX, If the app is not user-friendly, clients will suffer utilizing the app to the fullest and will use the competitor’s app if proved to be simpler to use.

3) Most importantly, though it might seem to be the most obvious, going digital. Proof of concepts does not always mean that the product is ready from the investor’s point of view.

Let alone Africa, the worlds youngest continent. In much of sub-Saharan Africa, mobile phones are more common than access to electricity. Mobile money accounts have grown from 0.2M in 2006 to 277M in 2016, and the economists report that the M-Pesa mobile-money system alone lifted about 2% of Kenyan households out of poverty between 2008 and 2014.

Can Fintech save 1 Billion people?

Similarly to the industrial revolution, some jobs will be at stake, but the overall result would be that a significant portion of poverty will be eradicated, Insurance will no longer be for the privileged and more people will  have access to fundamental human rights that will eventually lead the way to human technological advancement through undiscovered talent. One small step for man one giant leap for humanity. 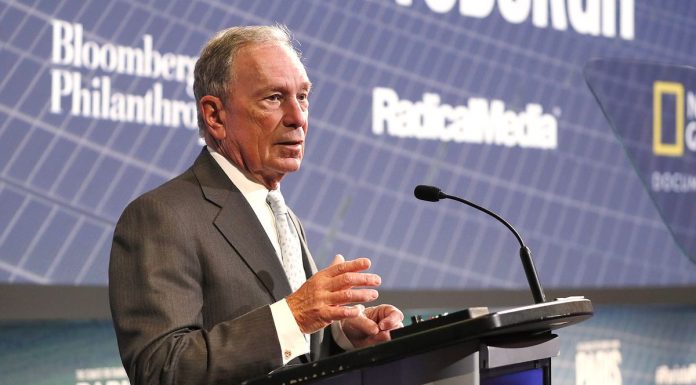 Lead Like a Coach. A Master Coach helps you excel to the extent you never believe it is possible