Over the past decade, African governments have intensified efforts to foster greater regional economic integration by linking together the continent’s largest economies with relatively smaller, landlocked, and fragmented markets and reducing barriers to trading amongst each other.

Africa is a rich continent by its natural resources. Most of its 54 countries boast resources like diamonds, sugar, gold, uranium, silver, oil and petroleum.

Oil being an invaluable commodity, its production puts countries like Nigeria and Egypt at the top regarding Gross Domestic Product (GDP).

The continent is also home to fertile ground capable of growing a wide array of agricultural produce, bringing about opportunities for trade.

Despite social, political, and other issues some of its countries have had to deal with, Africa continues to make a name for itself as a land rich with opportunity.

Drawing from statistics provided by the International Monetary Fund (IMF) IT News Africa compiled a list of the top ten wealthiest African countries for 2017.

With a GDP of $376.284bn in 2017, Nigeria has the highest GDP in Africa on top of having the largest population. With a current population of 195 million based on the latest United Nations estimates, Nigeria is a powerhouse of economy and development compared to its neighbors.

With an abundance of natural resources, some of the country’s biggest exports include oil, cocoa, and rubber.

Nigeria is Africa’s largest crude oil supplier. Not to mention the productive agricultural sector that’s responsible for 18% of the country’s GDP and almost a third of employment. Ranking first in Africa regarding farm output, Nigeria’s main agricultural exports are cocoa, peanuts, rubber, and palm oil.

South Africa has the second largest economy in Africa, after Nigeria, with a GDP of $349.299bn.

Statistics were higher than expected for 2017, seeing as the country’s economy grew by 1.3%, just higher than the National Treasury’s expectation of 1.0%.

The highest performing industry to contribute to this growth was agriculture, followed by mining and manufacturing.

Demand for manganese ore, chrome, iron ore, and anything used in the production of steel helped spur on this growth.

Some of the country’s principal exports include corn, diamonds, and fruit.

Considering that South Africa is the world’s second-largest producer of gold, it should come as no surprise that this precious metal is also one of the country’s main exports.

Egypt has a long, rich trade history with plenty of ups and downs.

The GDP in 2017 was $237.037bn. Some of the country’s main exports include petroleum, insulated wire, video displays, and gold. The biggest non-petroleum-based industries are tourism, textile production, food processing.

Algeria had a nominal GDP of $178.287bn in 2017, but the country’s economic growth slowed down in the same year due to a slight decline in hydrocarbon production.

Petroleum and natural gases are the country’s most important mineral resources, with the biggest exports being either mined or manufactured, while agriculture plays a comparatively minor role.

However, examples of some of Algeria’s principal farm crops that are exported are wheat, oats, citrus fruit, olives, and dates.

Angola is still plagued by a 27-year-long civil war that began immediately after becoming independent from Portugal in 1975, before finally coming to an end in 2002. But the country’s economy picked up considerably in the years following the war and is today considered one of the fastest-growing in the world, despite recent struggles with the global oil market.

The services sector accounts for just over half of GDP and industry a quarter, made up of mining, primarily phosphate rock mining, construction, and manufacturing. Tourism, telecoms and textile sector recorded the highest growth.

With a 2017 GDP of $80.874bn, Ethiopia has one of the fastest-growing economies in the world and has the second largest population in Africa.

According to the IMF World Economic Outlook, growth for 2018 is predicted at around 8.5%. The country’s accelerated economic growth is mainly driven by industrial activity, seeing investments in infrastructure like the Grand Renaissance Dam and a light rail system, as well as manufacturing.

Trade is a crucial part of the country’s growth.

According to www.heritage.org, the combined value of exports and imports equals 38 percent of GDP.

The country’s primary industries are agriculture, industry and manufacturing, and services. With a vibrant agricultural sector, Kenya produces tea, coffee, sisal, pyrethrum, corn, and wheat are grown in the fertile highlands.

Livestock predominates to the north and east, while coconuts, pineapples, cashew nuts, cotton, sugarcane, sisal, and corn are grown in the lower-lying areas. Tourism also plays a significant role in Kenya’s service industry despite taking a downturn due to security issues and negative publicity.

Sudan had a GDP of $58.239bn in 2017, averaging 4.26% concerning annual growth rate from 2005 until 2017. Despite the significant growth, Sudan still faces an array of problems such as political conflicts and lack of necessary infrastructure in large areas. Most of the population also relies heavily on subsistence farming. Coupled with the issues mentioned above, a lot of Sudanese people will stay at or fall below the poverty line.

As for the secession of South Sudan, the country lost three-quarters of its oil production in 2011, a massive blow considering that the oil industry drove much of Sudan’s GDP growth since 1999.

As a sizeable Arab nation, Sudan has a rich history dating back to the time of the ancient Egyptians and Nubians.

As a result, the country is dotted with ancient pyramids that attract tourists from other Arab and Western countries, subsequently contributing to Sudan’s tourism industry.

A few of the other leading industries include cotton ginning, cement, soap distilling, and pharmaceuticals.

Half of the country’s workforce find employment in the agricultural sector, while the rest are divided between mining, manufacturing, food processing, and telecommunications.

Some of its main exports are minerals like gold and diamonds, coffee, cotton, tea, and tobacco.

Tanzania’s tourism is also on the up. Approximately 38 percent of land area is set aside in protected areas for conservation but are used as game reserves and national parks.

The country is also home to Mount Kilimanjaro, attracting the attention of international tourists who want to visit the sleeping giant.

Approximately US$140 billion of African HNWI wealth is tied up with wealth managers and private banks. We estimate the African wealth management market will grow by around 7% per annum over the next ten years.

Typically, wealth managers in Africa target individuals with over US$500,000 in investable assets. Services that are most in demand from them include asset management services, financial planning, and inheritance planning.

South Africa (mainly Johannesburg) is the leading wealth management hub in Africa with US$82 billion.

Africa: Top 10 wealthiest countries in Africa by per capita wealth, 2017

Such performances and projections are now somewhat familiar, explaining the considerable interest that firms and financiers both within Africa and around the world have shown interest in developing strategies to tap into Africa’s growth story and potential.

There is compelling evidence that investment is the most effective way to create jobs and expand prosperity and opportunity.

With the rapid growth of African economies and increasing demand for goods and services, I’m convinced there has never been a better time to invest in Africa.

Mohamed was the Head of the Securities Department supporting the bank through the opening of the Moroccan financial market participating in the various privatizations and IPOs, and the modernization and reform of the Moroccan stock exchange.

He led Division of the Delegations in France, Italy, and Spain with a mission to help the MRE community. Through this experience, Mohamed collaborated with the Moroccan diplomatic authorities present in these countries as well as the representatives of the Mohamed 5 Foundation during the Transit MRE operations.

Currently, he is in charge of Internal Audit function, Zone Casa Center and the private bank of the BCP. 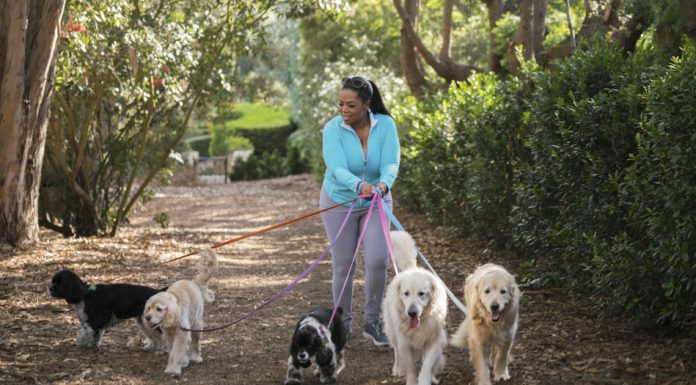